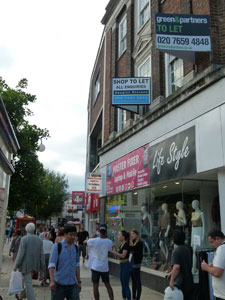 With one in seven shops standing empty across town centres in the United Kingdom, policy makers need to look beyond reinvigorating retail spending on the high street as a remedy to bringing people back into town centres, according to senior academics at Kingston University.

Speaking ahead of a one-day conference organised in collaboration with the South London Partnership, Professor Sarah Sayce, head of Kingston University's School of Surveying and Planning, said previous government approaches had treated the symptoms but not the cause of Britain's struggling urban areas. "We have to make sure that town centres work for people and their communities - fulfilling their needs and demands as well as being safe and purposeful," Professor Sayce, said. "We have spent much of the past 50 years pinning the success of high streets on the back of consumer spending. This approach is clearly no longer working as people's behaviour has altered in line with economic and social changes."

She contended that high streets could and should be re-shaped but a new approach was needed. "Twenty years ago it was recognised that the availability of food and drink could prolong a shopper's stay and increase their spend. As a result, policy resistance to allowing restaurants and cafes on the high street fell away which led to a revival of rent values and higher occupancy," Professor Sayce explained. "However, while take-away coffee may now be an accepted part of daily life and spend, this will change. We have to think carefully about the type of town centre that can weather the current economic downturn and create a sustainable future." 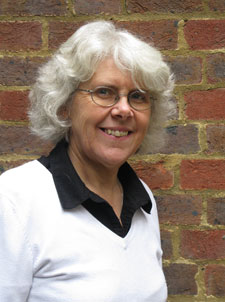 The conference, entitled 'The Future of Town Centres - Death or Evolution?', brought together policy makers, investors, developers and other stakeholders from across the capital. As well as trying to define the future role of town centres, they explored questions such as how less successful town centres should be funded and whether the creative industries could play a bigger part.

While so-called clone towns have been criticised for taking away the character and appeal of urban centres, Professor Sayce believes there is not a one-size-fits-all solution to the current situation. "We need to think laterally and tackle each town centre individually, examining its strengths and weaknesses," Professor Sayce said. "Croydon in South London, for example, saw a huge amount of re-development after World War II and this influx of planning decisions has shaped a town that is strong transport-wise, but facing other challenges.  Early attempts to bring leisure back into town centres haven't always worked either. Perhaps, in the future, town centres will have more capacity for leisure and community activities if this is what people turn to away from retail."

Professor Sayce said the recession had hit small and large centres in different ways - the larger affected by the demise of chain stores, the smaller by struggling independents. "We wanted to use this conference to get beyond retail," Professor Sayce said. "We need to discuss what it is we think people really need from their town centres, why will they go there in the future, in what ways people will want to come together in this age of social networking. All this and more should help shape future policy." 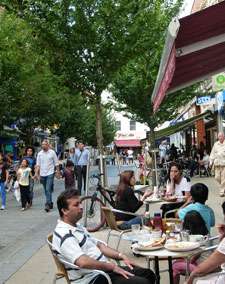 Director of the Centre for Economic Research and Intelligence at Kingston University Dr Peter Garside said he was keen to explore the role of sustainability in trying to avoid communities becoming 'dormitory spaces'. "Outer London, for example, has seen a real structural decline in retail and commercial property as well as a lack in overall investment in infrastructure," Dr Garside, who also lectures in geography, said. "As a result, places are in danger of turning into dormitory spaces - lifeless, stop-gap, residential properties without community facilities. By bringing together a wide range of stakeholders for a day like this we can make sure the discussions and ideas are not just one institution's vision."