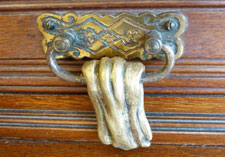 Wet towels left lying on the floor, tubes of toothpaste squeezed in the middle, dishes left stacked up in a sink. They're the little things that can slowly undermine a couple's relationship over time.

Now an MA student from Kingston University has cast a wryly observational eye over the everyday incidents enacted in homes up and down the nation and created a set of reminders to help . Verena Knöbl, For example, a bathroom tile has a toothpaste tube motif on it and the brass handles of a chest of drawers are shaped like towels. 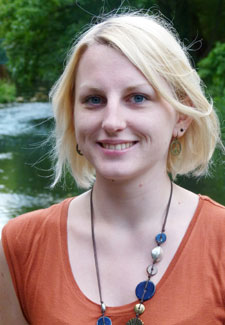 At first glance, the symbols appear to be aimed mainly at men - but it was not Verena's intention to target one gender. "There's a bathroom tile in the shape of a shopping bag, which refers to excessive shopping, and my bathroom mirror has the slogan 'When looking for faults use a mirror not a telescope'," she said.

Verena has decorated a traditional Austrian washing bowl in a far from traditional fashion - the couple in the pattern are facing away from each other.

Verena has added rust to several of her motifs, which serves as metaphor for the slow decay of a once-healthy relationship. The bathroom was deliberately chosen as the location of several of the reminders as it is a place where partners could reflect privately.

"I suspect Verena's subject will strike a familiar chord with many," Kingston University's course director for the Design: Product + Space MA Colin Holden said. "She's found a unique way to communicate it and with some humour. Adding rust to an otherwise clean, white ceramic bathroom tile is particularly thought-provoking." 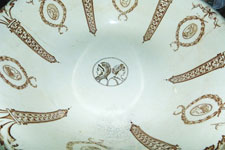 Verena has drawn on her personal experiences in assembling the collection. "My own parents divorced when I was five years old. Initially I wanted my project to be something that could help children whose parents divorce but - in the end - I decided to focus more on why break-ups might happen in the first place," Verena added.

"I've called the collection Little Things but the more research I did into the reasons why people split-up, I began to realise that the little things are really the big things."