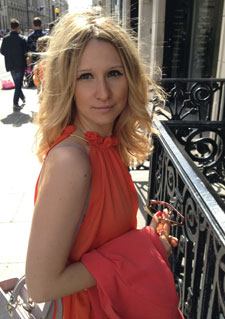 A design student from Russia has used the furore surrounding punk band Pussy Riot with a solution from her homeland.

Muscovite Alina Tukhvatullina, 24, who has just completed an MA in Design at London's Kingston University - has created what appears to be a traditional Russian tea set. Hidden among the Khokhloma floral patterns are the names of topics that are generating controversy in modern day Russia.

"Russia has a long tradition of intense discussions taking place around a tea urn known as a samovar," Alina explained. "I have decided to design a 21st Century samovar which invites Russia's leaders and opposition to sit down together to try to resolve the country's current problems."

Alina's tea set includes plates to put lemon and sugar on which contain the letters that spell Pussy Riot. Three members of the all-female punk band were sentenced to two years in prison last month on charges of hooliganism motivated by religious hatred after performing a song attacking President Vladimir Putin in a Moscow cathedral. The Pussy Riot case has divided opinion in Russia but the musicians have won support from, among others, Barack Obama, Amnesty International, Sir Paul McCartney and Madonna.

"My Reconciliation Samovar is a symbolic invitation to both parties - opposition and government - to rediscover common territory and embrace the Russian tradition of meaningful discussion at the samovar," Alina said. "The partially disguised messages draw on the Communist-era tradition for elaborate, coded narrative tattoos which evolved in the Soviet Union's prisons." 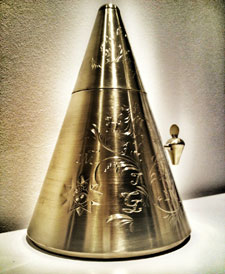 The sugar plate also contains the wording of the law under which the members of Pussy Riot were prosecuted, while the lemon plate contains the words of the right to free assembly which is enshrined in the Russian constitution.

The tea urn itself includes a reference to another cause celebre in Russian politics - the killing of Serge Magnitsky. The lawyer was arrested after uncovering a massive fraud and, a year later, was found beaten to death in his prison cell.

"Pussy Riot is a high profile case highlighting the situation with freedom of expression in post-Soviet Russia," course leader of MA Design: Product and Space at Kingston University, Colin Holden, said. "Alina's project recognises this and reflects it in a traditional, Russian way. Her interest has been prompted by the benefit of a fresh perspective from distance here in Kingston."

Alina has been living in London for nine years. She was drawn to Kingston University by the high quality facilities on offer. "The workshop space was very impressive and I was attracted by the opportunity to study both product and space," she said.

Her tea set - along with projects by other students on Kingston University's Design: Product + Space MA course - will be on display during the London Design Festival at Designersblock 2012 at the Southbank centre. 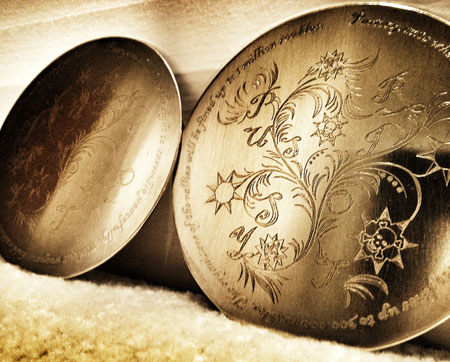