And now for a graphic design student's creative play on words 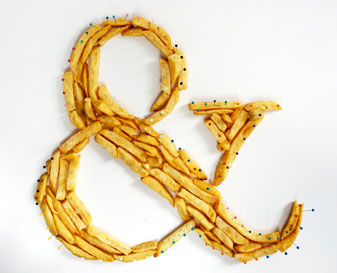 An up-and-coming graphic designer has created a website full of brainteasers - all based around the humble word "and". The visual riddles conceived by Kingston University student Alice Keegan look set to get plenty of people scratching their heads.

Each image on the site depicts an "and" made out of two objects commonly paired together - for example, sticks and stones or day and night. Some of the pictures are based on the word "and" spelt out, whereas others use symbols such as the ampersand.

"The fun lies in trying to work out what phrase is being linked to in each image," Alice, a self-confessed "and-oholic", explained. "The first one I created was salt and pepper, made out of salt crystals and peppercorns, which is quite easy to decipher. I've deliberately made others much more challenging though."

They include coupling small pieces of seaside rock with slices of Swiss roll to make rock and roll and adding slices of Emmental to the word "and" written on a blackboard to create chalk and cheese. 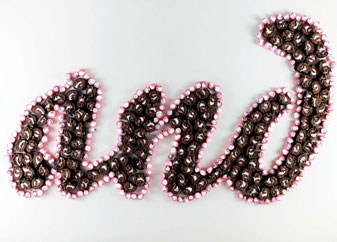 "Viewers will guess some of the phrases straight away. Others take a bit more time," the 23 year old, from Frome in Somerset, said. "Then again, some people figure out the hard ones but struggle with the easy ones."

The "and" project sprang out of a conversation with one of Alice's Kingston University lecturers. "I began experimenting using images to convey words and phrases. I took the phrase love is blind and thought I could spell out the word blind using heart-shaped sweets. Then one of my tutors asked whether I could use pictures or objects to spell a really non-descriptive word. That's how I hit upon and. The idea that I could keep the same word and, by changing the materials involved, invoke hundreds of different meanings really excited me."

Alice admits that "and" has now become a bit of an obsession. Her aptly-named website, etandund.com, has collected together other designers' takes on the word along with anything else and-related she can find - poems, film clips, photographs and even recipes. "I could spend all my time working on the site and becoming a curator of "ands"," she said. 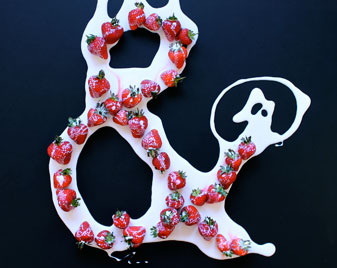 Alice has always had an interest in words. She had originally planned to become an advertising copywriter but then decided it wasn't for her. "I'd been working as a creative at two different agencies for six months," she recalled. "The second one was just about to offer me a job when I realised I really wanted to be doing something a bit more hands-on."

She switched track and decided to enrol at Kingston University to study for an MA in Communication Design following conversations with friends who were graphic designers and knew the course had a good reputation.

Alice's latest work has been included in a book of MA projects compiled by Kingston University's course leader for communication design, Ian Noble. "It was a brave decision for Alice to switch careers just as she was about to get her big break in advertising," he said. "What she's demonstrated with this project is not only that she's a skilled visual storyteller with a very good grasp of the grammar of imagery, but also that she can be flexible in the way she thinks." 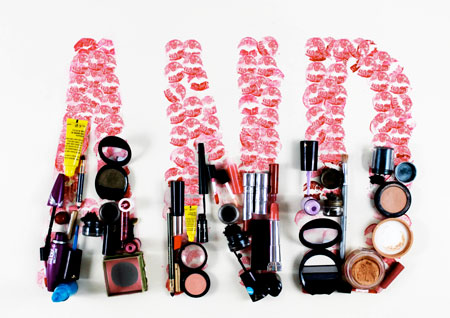