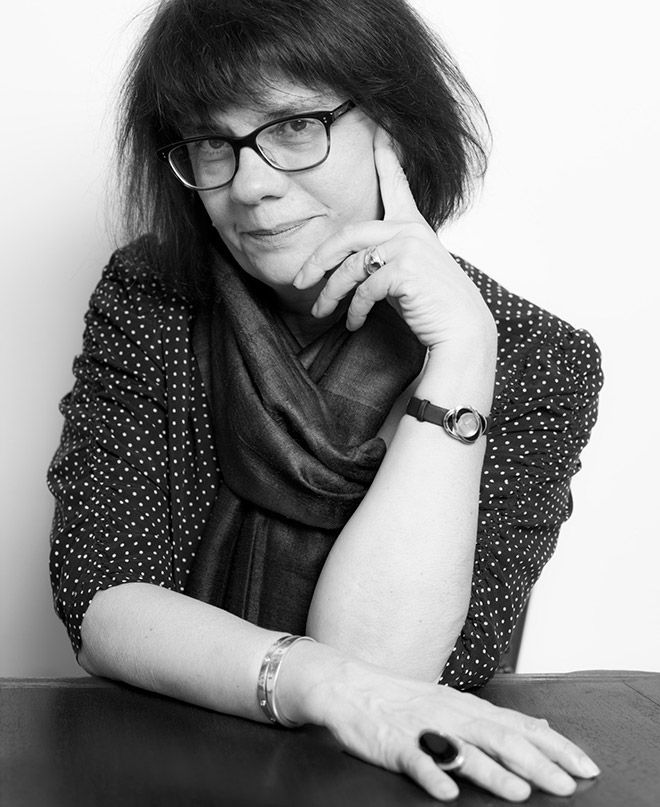 I am a professor of philosophy at the Centre for Research in Modern European Philosophy at Kingston University. I was previously a professor at Nanterre University in France. An important aspect of my work is the concept of plasticity that I have been exploring for many years in a wide range of domains, from aesthetics to psychoanalysis to contemporary neuroscience. My research is highly interdisciplinary, and I think that intellectuals and academics in the UK are open to this kind of trajectory more than anywhere else in Europe. Generally speaking, I am trying to build a confrontation between continental philosophy (which is the field I have been trained in) and contemporary biology, thus fostering an approach to epistemology that tends to elaborate a renewed concept of rationality.

My next book, Before Tomorrow, Epigenesis and Rationality, will be published by Polity Press in June 2016. It is a reading of Kant, and his affirmation by which we might, by analogy, declare that a "system of epigenesis of pure reason" exists. I oppose this to the contemporary use of epigenesis and epigenetics: Is the origin of our categories of thinking innate, are they constructed through experience, or are they "a priori", as Kant says, and can the "a priori" have an epigenetic development? These issues are also a way to address 'speculative realism', the new philosophical movement that tends to dismiss Kant and critical philosophy in the name of hard sciences, and a dismantlement of 'correlationism', that is of the subject/object relationship.

I am passionate about brain science and all discoveries in cellular biology concerning epigenetics, stem cells and synthetic life. I am passionate about sculpture as well, and have a deep admiration for Ervin Wurm in particular. I pay acute attention to everything that deals with form, its emergence as well as its destruction, and everything that relates to plasticity. I am convinced that plasticity is the key concept that currently substitutes for that of 'difference' which has been in use for so long in continental philosophy and critical theory. I think that our epoch is facing the challenge of a simultaneity between creation and explosion of forms. Terrorism is one of the most convincing examples of such a simultaneity. Ecology also confronts us with this problem. Western culture has come to a point where everything it constructs gets immediately destroyed in some respect. We should reread the end of Freud's Civilization and Its Discontents! But I am not a pessimist; rather I am impassioned and motivated by these issues.

My research on plasticity led me to address the question of trauma and cerebral lesions resulting from it. I have worked on Alzheimer patients in particular, as discussed in two of my books: The New Wounded, From Neurosis to Brain Damage (Fordham, 2012), and Ontology of the Accident (Polity Press, 2012). I tried to explore the transformations of identity occurring after trauma, and challenge the classical psychoanalytic approach to such changes. I believe my research can affect people's everyday lives by helping them situate the importance of current neurobiological research, giving them a sense of what 'brain' means at both a rational and emotional level, and understand without judging the behaviours of cerebral patients that are so difficult to bear, particularly when they don't recognize their family, and most of the time themselves.

It would be global warming.

With unlimited research budget, I would...

Put an end to deforestation, oil fracking and the nuclear industry, do everything possible to limit greenhouse gas effects, and protect threatened species. Constitute an International Tribunal for Ecology in which the Earth would be considered a legal juridical subject (see Michel Serres' Natural Contract).

What is the best thing about carrying out research at Kingston University?

It is the combination of classicism and ultra-contemporaneity: I am teaching classical history of philosophy, mainly on Kant and Hegel, and I teach methodology to my students, helping them make an argument according to traditional rhetorical rules. But I also have many opportunities to present on my research addressing urgent contemporary questions, in seminars, talks or conferences, like the ones organized by the London Graduate School. Kingston University is considered one of the most vibrant places in the world for teaching and research in Continental Philosophy today.

Find out more about Catherine Malabou on her staff profile page.