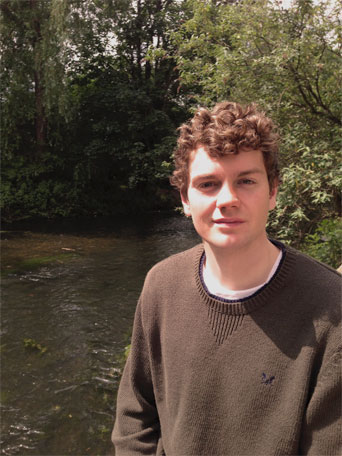 An eco-friendly Kingston University student is gearing up for an internship with the Environment Agency after devising a solution to tackle the scourge of polystyrene waste. Charles Anderson will take up the post after being named one of the winners of the Royal Society for the Encouragement of Arts, Manufactures and Commerce (RSA) prestigious annual Student Design Awards.

The young designer from Sutton, Surrey, set to work on the project for the awards' improving water environments category after discovering a lack of recycling opportunities meant enormous amounts of polystyrene were going straight to landfill. He was astounded to find that the waste also accounted for up to 80 per cent of floating debris in rivers. "I've been sailing since I was seven and have always enjoyed being out on the water, but I hate seeing litter floating along or washed up on the banks. Animals mistake the smaller pieces of polystyrene for food and it clogs up their digestive systems which can cause them to starve," he said. "Polystyrene may be 95 per cent air, but this doesn't stop it causing a significant problem for the environment."

Charles came up with a concept called Dump in Polystyrene, which demonstrates how the bulky material, often used in packaging, could be reduced back to its raw state. His work outlined a process in which the polystyrene could be put into a recycling bin - similar to the bottle and shoe banks found all over the country - containing a solvent to break it down. The solution would then pass through a mesh filter and down a circular funnel to be collected in a drum before being able to be reused in new products such as flower pots.

Once reduced, polystyrene only occupies five per cent of its original volume meaning it is easier and more economically viable for local councils to recycle, Charles explained. "The process was designed to tackle the main problem that councils face trying to deal with this waste - its size and the sheer amount thrown out. At the moment, it ends up going straight to landfill where it seeps slowly in to the soil. This process of degradation can take up to 1,000 years. My approach would mean it could be collected as a liquid, transported and recycled much more quickly and easily." 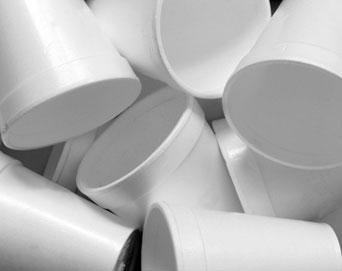 As part of the project, Charles even created a swan made from 1,400 waste polystyrene cups in tribute to some of the wildlife on the River Thames which flows through Kingston. He also took advice from academics at Kingston University's School of Pharmacy and Chemistry to help him work out the science behind how the system could work. "It was a great experience to be tapping in to other areas of expertise outside my own to see how I could apply my ideas to a real-life problem," he said.

Acting course director for graphic design Marion Morrison said the concept could potentially save water authorities significant amounts of money on landfill costs. "Volunteering as a rubbish collector for his local water company, Charles' approach to the design brief developed in to a very hands-on solution," she said. "The sculptural swan he made from the reduced polystyrene is an inspired visual metaphor for his work which is both memorable and thought-provoking."

Charles, who has just completed his BA(Hons) in Graphic Design, is looking forward to applying his talents to a variety of projects during his six-week internship with the Environment Agency this summer. "I'm really keen to see what sort of problems I'll be able to tackle next," he said. "I genuinely have an interest in materials and my graphic design course at Kingston University has given me the perfect opportunity to experience all sorts of design and processes." 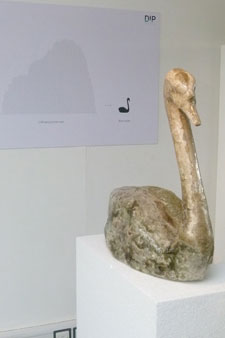 Now in its 69th year, the RSA Student Design Awards attract entries from all over the world. Two other teams of final year Kingston University graphic design students also caught the judges' eyes and were highly commended for their projects. The first, called Delve, was created by Jed Carter, Liam Campbell and Gem Davis to help people understand the value of water. Inspired by their research in to underground rivers, the trio designed glass paving that could be used to reveal parts of the intricate network of waterways running beneath towns and cities. "We were keen to help people get more of an insight into how the system works so they can build a stronger appreciation of water's value," Jed explained.

The other Kingston project singled out for special RSA recognition was Seamless created by Dom Gilder and Andrew Barker. It focused on ways touch screen technology could enable more effective communication between doctors, nurses and patients in hospitals. "We wanted to find a way of supporting doctors and nurses so that they have all the information they need at exactly the moment they need it," Dom said. "To free them up from the slow, paper-based system currently in use would allow them to focus on continuity of care."