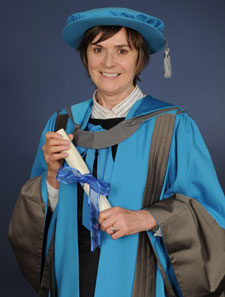 A social work expert responsible for overseeing the development and implementation of a major reform programme for the profession in the wake of the death of Baby P has been awarded an honorary doctorate by Kingston University and St George's, University of London.

Dame Moira Gibb, former chief executive of Camden Council, chaired the government's Social Work Task Force, set up in 2009 to come up with proposals to transform social work. She then headed up the Social Work Reform Board tasked with implementing the reforms. "The Task Force report said social workers should have a manageable job. We found the issue that most often raised concern amongst the profession was caseload," Dame Moira said. "There has been progress since the report - social workers now have a protected caseload in their first year after qualifying which is limited in size and complexity, as well as having time for further professional development - but it's been slower than I would have hoped and financial pressures on local authorities have not helped."

Social workers were graduating and being thrust straight in to dealing with very challenging work, often with little support. Many were working with poor systems which meant they spent far too long in front of their computers rather than working with families, Dame Moira said. The public image of the social work mattered, both to instil confidence in the help offered and to ensure people still wanted to join the profession, she added.

"There are tremendous pressures on children and adults' services with new problems coming to the fore, as the Oxford abuse cases demonstrated," Dame Moira said. "The media representation of care services is unhelpful and inaccurate and children do much better than is assumed. However, the present model works less well for adolescents who often arrive in care in a crisis. We need to look for earlier intervention models for teenagers and build on the successful examples which exist."

Often in response to high profile cases, changes in national child protection policy during the past 10 years had made social workers' roles increasingly bureaucratic leaving less and less scope for them to exercise judgement, Dame Moira said. "A social worker who has spent the most time with a family is often best placed to make the call about whether, when and how to intervene. However, they are increasingly becoming just one voice among many and feel less confident about when to step in." It was vital to continue to ensure, through training and continuing professional development, that social workers were properly equipped to analyse information and make recommendations based on the evidence available, she added.

Professor of social work at Kingston and St George's Faculty of Health, Social Care and Education Dr Ray Jones said Dame Moira was a great advocate for the profession and had a strong record of staying close to those on the frontline, even when in senior executive positions. "Social work needs champions who are willing to stand up in what are sometimes difficult circumstances - when there is a hostile media reaction or public anger resulting from a high profile case, for example," he said. "Through her national and local government roles Dame Moira has given tremendous encouragement to social workers to speak about what they do, their successes, the contribution they make and the challenges they face."

Prior to her role as chief executive of Camden Council, Dame Moira was Executive Director of Housing and Social Services in the Royal Borough of Kensington and Chelsea. She has also worked in a number of local authority social services departments including at Surrey County Council. She is a former President of the Association of Directors of Social Services and was awarded a CBE for services to social services in 2002. She was made a Dame of the British Empire in 2012 for services to social work and local government.

Dame Moira collected her Honorary Doctorate of Science at a joint Kingston University and St George's, University of London ceremony at the Royal Festival Hall on 13 May. 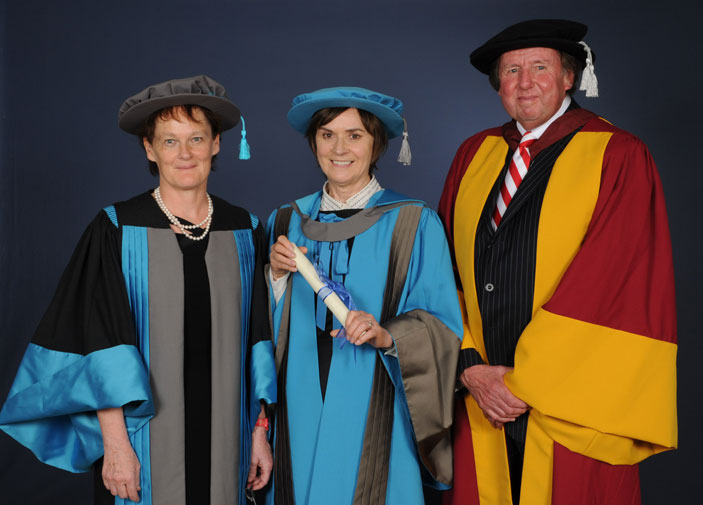