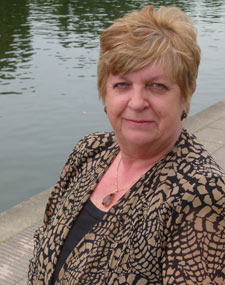 An education and child protection expert with close links to Kingston University has been awarded an MBE in the Queen's Birthday Honours List. Jenny Capstick is an Honorary Fellow of the Institute for Child Centred Inter-professional Practice (ICCIP) at the University's School of Education and former Head of Development for Early Intervention Teams at the London Borough of Hounslow.

Kingston University early years' expert Anne Rawlings said Mrs Capstick's extensive experience developing more cohesive services for vulnerable children meant she brought a wealth of knowledge to the University's Institute for Child Centred Interprofessional Practice (ICCIP). It was set up to help those in education, healthcare, social work, criminal justice and the police service work together more effectively in the interests of children.

"Her expert knowledge and experience, particularly on the subjects of safeguarding, child protection, health and well being, is greatly appreciated by the students she teaches at Kingston University," Mrs Rawlings said. "At Hounslow Jenny established new ways of delivering services to vulnerable children which are still in place today."

A trained teacher, Mrs Capstick left her native New Zealand in 1975 to teach in the British school in Tripoli Libya. She came to Britain two and a half years later and, after a period teaching in Richmond, joined Hounslow Council where she eventually became Head of the Teaching Support Service for children with special educational needs and disabilities. She became Head of Early Intervention Development in 2008 and worked collaboratively with other senior managers to bring together a range of education, social care and health professionals to develop integrated support services for vulnerable children in the borough.

Mrs Capstick retired from Hounslow in 2011 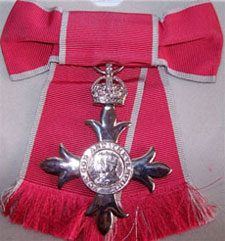 and subsequently took up her Honorary Fellowship at Kingston University. She is part of a team of University experts who have just been awarded funding from the Department for Education to carry out research to identify the barriers to learning from serious case reviews and explore ways of overcoming them. The team will carry out research with four different local authorities and will present its findings to the Government later this year.

Mrs Capstick said the news of her nomination for an MBE for services to education had been totally unexpected and was keen to emphasise it was not something she had achieved on her own. "It's not possible to achieve anything in isolation. I feel this award is shared with all the staff and colleagues I have worked with throughout my career as well as with those children and their families who allowed me to help them over the years," she added.

Mrs Capstick has extensive experience of local authority policy and practice and has been a member of various boards and strategic partnerships including the Special Educational Needs Panel, Local Safeguarding Children's Board Quality Assurance and Training sub groups, the Child Protection and Disability Forum and the Child and Adolescent Mental Health Service Partnership Board. She was also the London Borough of Hounslow's representative on the working group for the pan-London Protocol for Integrated Working.

Her professional experience includes collaborative working with a range of professionals in Education, Health, the Police Child Abuse Investigation Team and Children's Social Care. She has more than 20 years' experience of leading continuing professional development through the delivery of special educational needs and child protection training in schools and other early years' and voluntary sector settings.

Head of Kingston University's School of Education Andy Hudson said he and his colleagues had benefited hugely from Mrs Capstick's experience. "In recent years Jenny has directed her enormous enthusiasm and drive into her work with Kingston's School of Education with a particular emphasis on research and other activity undertaken by our Institute for Child Centred Professional Practice. The MBE is a well-deserved recognition of a lifetime spent striving for the benefit and advancement of some of the most needy children in the country."