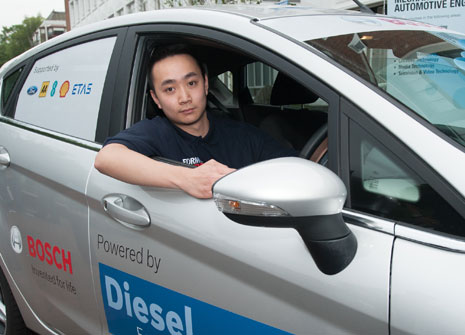 A mechanical engineering student from Kingston University has taken the wheel in a bid to be crowned the United Kingdom's most economical driver.

Andy Ng, 24, is vying for the accolade after demonstrating his motoring prowess in one of the first legs of the inaugural Formula Student Diesel Eco-Driving Challenge. The showdown, run in conjunction with Bosch, covered a 1,700-mile route from London to Aberdeen, with stop-offs at 46 universities along the way.

Student drivers representing higher education institutions across England, Scotland and Wales each completed a portion of the three-day journey in a Ford Fiesta powered by a 1.5-litre TDCi diesel engine that used Bosch common rail diesel injectors and a high-pressure Bosch fuel pump. Individual competitor's eco-driving ability was measured by on-board computers and assessed by an AA instructor who went along for the ride, with three awards up for grabs covering city, rural and highway driving.

The first driver was waved off from the Institution of Mechanical Engineers' Westminster headquarters before the car headed to stops across the capital and arrived at Kingston University's Penrhyn Road campus. Andy, who is in the second year of his Kingston studies, put his driving skills to the test after receiving the keys to the ignition from a member of the Brunel University team. Despite the challenges of rush hour traffic, he pulled up for the next handover at the University of Surrey in Guildford less than an hour later. 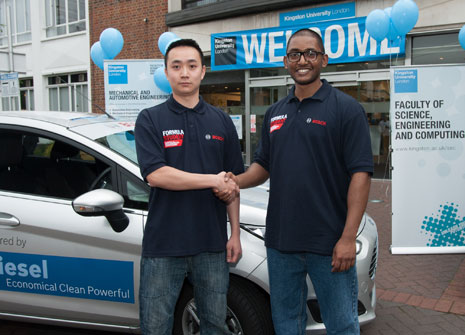 Andy, who is also the driver for Kingston University's electric racing team in the Formula Student competition in early July, said he felt proud to have been chosen to represent the University in the challenge. He used a variety of techniques to boost his chances of carrying off top honours, ranging from accelerating gently and avoiding unnecessary braking to changing gears efficiently and keeping the car moving as much as possible.

"Getting the right balance between optimum vehicle performance and economy is not as easy as people think," he said. "These days, with petrol prices going up and the impact of road transport on the environment, it's important that drivers are more mindful of the actions they can take to reduce fuel consumption and pollution. Even being aware of simple things, like the fact that driving at 70mph can use up to 9 per cent more fuel than travelling at 60mph, can make a real difference," he said.

Winners of the eco-drive will be announced during the Formula Student spectacular taking place at Silverstone between 4 and 7 July. Run by the Institution of Mechanical Engineers, it is the world's largest student motorsport event, challenging participants from around the world to design, build and race a single-seater car from scratch. A total of 149 student teams from 32 countries have registered for this year's event.

Kingston's team, known as KU e-racing, is one of only two British contenders unveiling an electric car at the event, which has attracted 54 entries from universities in the United Kingdom. The students will not only be judged on their technical skills but also on project management, marketing and the cost-effectiveness of their prototype. 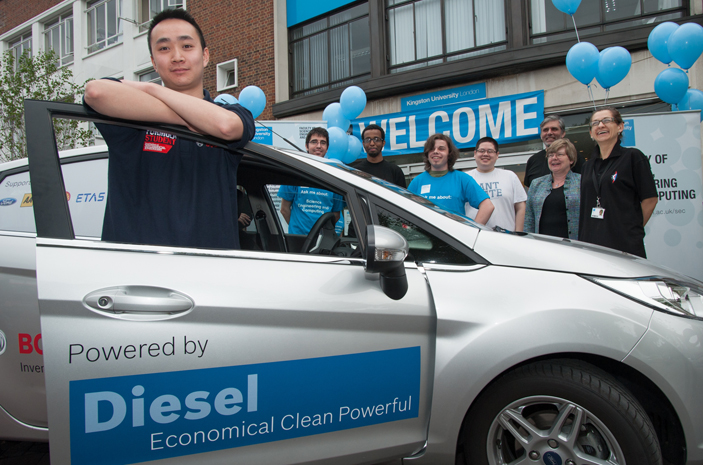