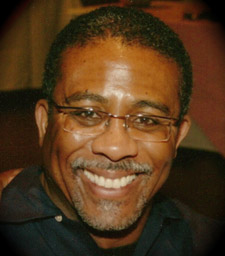 Second Life pioneers Bryan Carter, Cathy Walker and Dorette Steenkamp are based in the United States and South Africa. But they will not be crossing continents when they deliver Kingston University's annual industrial lecture - they will appear in the virtual world of Second Life from their home countries.

An invited audience will follow the "Learning Without Walls" lecture on March 17 in the online 3-D world while another group of students and experts will watch the lecture on a screen at the University's Faculty of Computing, Information Systems and Mathematics. The speakers' presentations will be followed by a question and answer session. It is the first time a public lecture at Kingston University has been delivered through Second Life.

Dr Chris Hutchison said the lecture reflected the importance of Second Life in education; schools and academia currently make up the biggest non corporate group in Second Life. "There's a very vibrant virtual educational community," he said. "It makes sense that students, lecturers and researchers should be able to work with their counterparts around the world in Second Life, in a way that would be prohibitively expensive or impractical in real life." 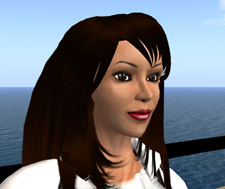 Now in its seventh year, Second Life is a virtual world accessible through the internet that allows users to socialise, shop, learn and go about everyday life through avatars or computer representations of themselves. Each of the speakers will lecture through their avatar - Ms Walker's is called "Padlurowncanoe Dibou".

Dr Hutchison, who has been teaching in virtual worlds since the late 1990s when he led the team that created the first international Master's degree course taught in this way, said the virtual classroom could have a positive impact on students' behaviour. "Students are less embarrassed about asking for help in a virtual world; they're more prepared to show me their work and ask advice," he said. 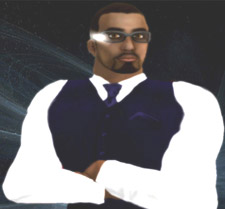 During the two-hour lecture, Dr Bryan Carter, Associate Professor of Literature at the University of Central Missouri in the United States, will discuss the virtual techniques he uses to teach 'Generation Y',  students born and raised in the digital age. More than a decade ago he created Virtual Harlem, a recreation of the New York district as it existed in the 1920s and one of the earliest virtual reality environments in the humanities. He went on to create a virtual version of the historic Montmartre district of Paris. During the last four years Dr Carter, who specialises in 20th century African American literature, has been teaching classes that meet in Second Life in a virtual classroom called Freeside. 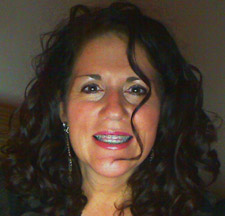 Cathy Walker, who is based in Bentonville, Arkansas, in the United States is chief operating officer of MUVEMarket and co-founder of MUVErs, companies which build interactive simulations for training and education. She was the co-chair for Hillary Clinton's Second Life presidential election campaign, which involved organising panel discussions on issues such as universal health care.

Dorette Steenkamp from Cape Town, South Africa, is the co-founder and executive director of a non-profit company called Uthango Social Investments which specialises in community and economic development projects. Uthango is the first African non-profit company with an active presence in Second Life.

The University's 2010 industrial lecture, "Learning Without Walls: Multi-User Virtual Environments For Training And Education", will begin at 6:15pm on 17 March at Kingston University's Penrhyn Road campus.