Women become much more happy and satisfied with their lives after their divorces come through, according to researchers at London's Kingston University.

The study published in the journal Economica shows that women are significantly more content than usual for up to five years following the end of their marriages, even more so than their own average or baseline level of happiness throughout their lives.

Researchers surveyed 10,000 people in the UK between the ages of 16 and 60, questioning them regularly over two decades. Participants were asked to rate their own happiness before and after major milestones in their lives. Although men also felt slightly happier after receiving the decree absolute, the increase was much less marked. 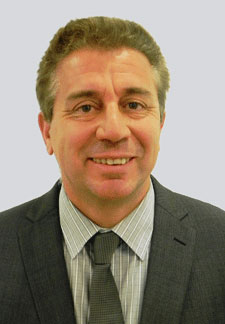 "In the study we took into account the fact that divorce can sometimes have a negative financial impact on women, but despite that it still makes them much happier than men," Professor Yannis Georgellis, Director of the Centre for Research in Employment, Skills and Society (CRESS) at Kingston Business School, said. "One possible explanation could be that women who enter into an unhappy marriage feel much more liberated after divorce than their male counterparts."

The study examined a psychological process called ‘adaptation' - the way in which we adjust to new circumstances. It also revealed that people can very quickly bounce back from other life events normally perceived as traumatic, such as being widowed. Unemployment, however, was the one major life event that had a much more permanent negative impact on well-being on both sexes. Men were particularly badly hit by losing their jobs, with the serious impact on their happiness persisting for up to five years.

"Men are deeply affected by unemployment, especially if they are used to being the breadwinners in their homes," Professor Georgellis explained. "With both sexes, the old adage ‘time heals' just doesn't seem to apply to losing your job. In fact the negative effect of being made unemployed also persists even if the person finds a new job because being made unemployed has a ‘scarring' effect."