The week after the likes of Lewis Hamilton and Sebastian Vettel raced at the British Grand Prix, students from around the world competed in their own motorsport event at Silverstone. The Institution of Mechanical Engineers' Formula Student is the world's largest annual student motorsport event. Teams from 141 universities, across 34 countries, took part and Kingston University's KU e-Racing proved to be the only UK team with a viable electric vehicle.

Judging at Silverstone ran from 3-7 July, with motor industry experts from companies including Jaguar and BMW giving feedback, so that students could fine-tune their cars for further rounds of judging. Successful cars then competed in a round of static events which tested their systems including the brakes and acceleration.

Watch a video of KU e-Racing at Silverstone:

Gordana Collier, course director of the Mechatronic Systems MSc and Automotive Engineering MSc, mentors the KU e-Racing team. "Kingston University was superbly represented by a team of 20 plus, along with Dr Demetrios Venetsanos and myself," she said. "Our newly designed and built electric car created lots of interest and was praised by many experts. Although we did not participate in the dynamic events, we have been given vital feedback which will help us prepare for future events." 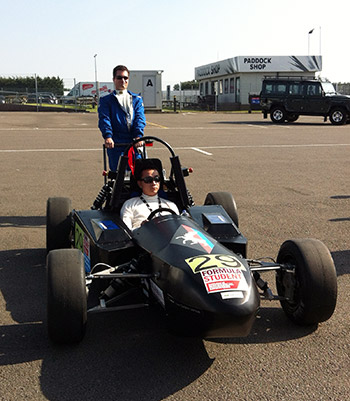 Formula Student is a cross disciplinary effort, as teams are judged on the cost, design and business model of their vehicle, as well as its performance. Three graduates from Kingston Business School teamed up with an engineering student to give the judges a presentation on how the car might be profitably manufactured. Kingston TV and media students filmed the trials and interviewed participants from other teams as well as the judges. Representatives from Kingston's main sponsors Ashwoods provided the innovative electric motor and its associated batteries and controller, as well as valuable technical support.

Kingston's achievement is all the more significant when you consider their electric car was competing against conventional petrol and diesel powered vehicles from around the world. Professor Andrzej Ordys, head of the School of Mechanical and Automotive Engineering was impressed by the performance of the students as well as the cars. "For me, the most important aspect was the camaraderie inside the teams and among the teams - students helping each other to solve problems on the spot. This has been a great experience for them and I praise them for their technical competence and devotion to the project."

"It's been a difficult, though successful project," said Mechanical Engineering BSc student Andy Ng, "and I hope to be part of it again next year when we can improve on what we have learnt and build an even better car. Competing at Silverstone one week after the British grand prix was an honour."
Automotive Engineering BSc student Aldus von der Burg is the team's head of powertrain. ''Formula Student is one of the best things I have been a part of," he said. "From designing the car, building it, to actually see it at an event like this is fantastic. The learning curve is very steep and the competition tough, but that boosted our motivation. When you see what the other teams are capable of you get an idea of how serious and fast pace the racing world is. This is a rush for me. We have many ideas for next year and are eager to start soon.''

Since competing at Silverstone, KU e-Racing have been invited to participate in two more UK events, in July and September. "Kingston can be proud to be the only UK university with a complete and functional electric student racing car." said Gordana Collier. "Thank you to everyone who helped to make this dream come true." 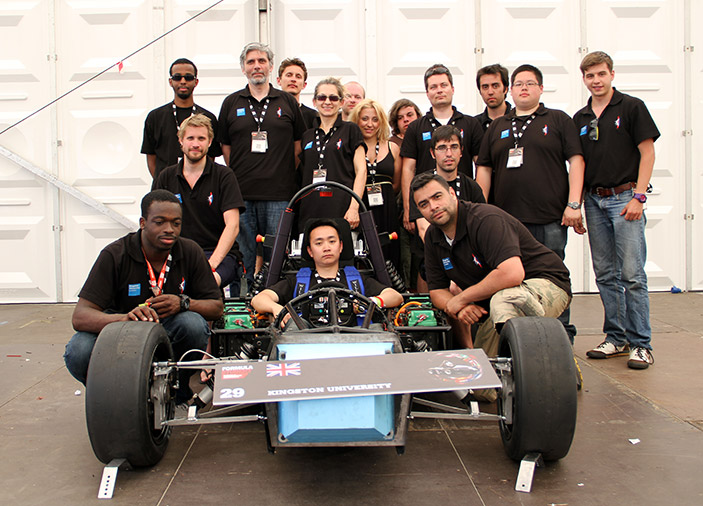