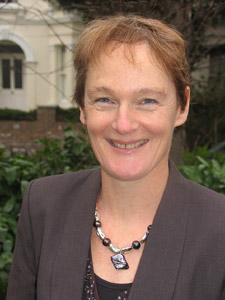 Universities will have a vital role to play in implementing Government recommendations to boost standards of patient care and position nurses and midwives at the heart of the healthcare service, according to a senior academic. Professor Fiona Ross, who served as an expert adviser to the Prime Minister's Commission on the Future of Nursing and Midwifery, urged higher education institutions to embrace the challenges of developing a highly-skilled workforce able to respond to the rapidly changing needs of the NHS.

In its final report, Front Line Care, released earlier this month, the Commission described nurses and midwives as being "the very lifeblood of the NHS and other health services". It also acknowledged that they were contending with significant changes as a result of England's rising birth rate, ageing population, modern lifestyle trends and the current economic climate.

Professor Ross, Dean of the Faculty of Health and Social Care Sciences run by Kingston University and St George's, University of London, welcomed the timeliness of the Commission's report, coming hard on the heels of the Mid Staffordshire Inquiry which revealed significant failings in nursing care. "Its overriding message of reinforcing the importance of good care and the need to make it as meaningful and authentic for patients and their families as possible is to be applauded," she said. "Strong messages that quality should never be jeopardised and care should never be compromised will help empower nurses and midwives to lead improvements, deliver innovations and never settle for second best."

The public had a right to expect the nurses and midwives they relied on at significant, and sometimes difficult or distressing, times in their lives would be both competent and well educated, Professor Ross said. "Nurses and midwives need to be capable of working effectively and flexibly across a wide spectrum of settings, both in the community at large as well as in hospital wards, and the training they receive is central to that," she added.

The move to ensure all new nurses held degrees from 2013, announced late last year and reiterated as a top priority in the Commission's report, was not the only challenge facing education providers though. Universities also needed to place more emphasis on nurses' and midwives' continuing professional development, help map out new career pathways and examine how to better integrate clinical practice, research and education, she said. "A graduate workforce will raise service standards and play an important part in increasing public confidence. However, the shift to degree-level registration will only be a success if students have the opportunity to learn from people who are both experienced practitioners and inspiring teachers," Professor Ross said. 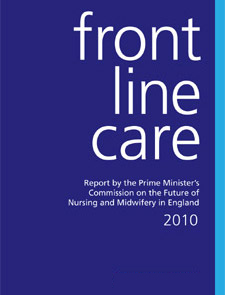 Higher education institutions needed to strive to ensure the local healthcare workforce mirrored the diversity of the communities they served, she added. "Many of the students we recruit are often the first people in their families to get a degree. As education providers, we play an important role in the very heart of our communities, offering opportunities for local people to develop their skills. They, in turn, move on to contribute to the healthcare services on which those very communities rely," she said.

Professor Ross took on her role as an expert adviser after being approached by Commission Chair, Health Minister Ann Keen. Her involvement included sharing her views on the future role of nurses in the community and collaborating on one of the background papers referenced by the Commissioners. She also visited Downing Street with the Commissioners and her fellow expert advisers ahead of the report launch to brief Prime Minister Gordon Brown on its contents.

The Commission's final report also had another Kingston and St George's connection. The Faculty of Health and Social Care Sciences' Foundation Degree in Long Term Conditions earned a special mention, being praised as an example of an innovative approach to education. The Commission noted that it had been specifically set up to equip assistant practitioners with a mix of skills in nursing, therapy and social care. "The contribution of assistant practitioners and other support workers will be vital to help meet the demands of the carequake," the Commissioners added.