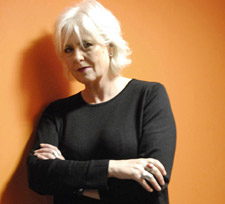 New research by Kingston University has revealed how design can improve the quality of life for people with dementia. The University hopes the new study will form a blueprint for future building, lay-out and management of care homes.

The project, called 'Living with Dementia: Can Design Make a Difference?' was led by Professor Hilary Dalke, Director of the Design Research Centre at Kingston University. "Design can contribute to the success or failure of a home and whether it provides the quality of life that we would want for our families, friends and ourselves," she said.  The study was funded by the Audi Design Foundation, which supports inclusive and sustainable design initiatives.

After visiting nineteen care homes and studying their architecture, décor, layout, gardens and lighting, the Kingston team has drawn up a blueprint for future care home design.

The proposals, currently being exhibited at the Building Centre in London, are likely to appeal to policy makers in light of the recent warning from spending watchdog, the Audit Commission, that the current nine billion pound social care bill will double by 2026 unless providers are "more imaginative". The new research suggested such cost-effective improvements as homes being laid out as small single storey 'villages' with a sense of neighbourhood. 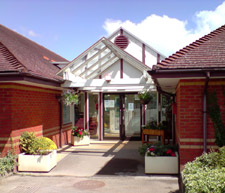 The team from Kingston was impressed by homes that included shops, cafes and even, in one, a 'pub' and also came to the conclusion that gardens should be designed to encourage residents to keep active. Greenhouses needed to be accessible for wheelchair users, while raised beds allowed people with limited mobility to grow flowers and vegetables. Less mobile residents appreciated different types of bird feeders and even cats and chickens on site.

Entrances to care homes should be designed with visitors in mind, according to Professor Dalke. "It's important that the relatives feel positive, otherwise visiting drops off," she explained. "One lady told us she was disturbed by a very intense sensory room that her mother was encouraged to use. When the relative entered she said she was left feeling as if she had dementia herself."

Staff in some homes had commented that children rarely visited. This might have been for safety or emotional reasons so intergenerational games and exercises -beneficial for residents and appealing to children - should be designed for sites, the researchers concluded.

Residents should be aware of ordinary activities such as cooking and laundry going on around them. Sam Cole, who is currently studying product and furniture design at Kingston and was one of four students who were involved in the project, designed a tea bar where visitors could sit with their relative and chat. "Things like making a cup of tea safely for a guest can help people with dementia remember a normal life," he said. 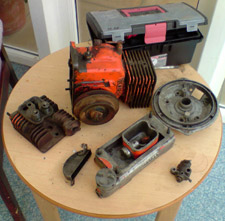 Design of stimulating activities is a priority. In one care home, the team observed old engine parts laid out on a table. "Some men appreciated the connections with their previous working life," Professor Dalke said. "Parts disappeared and staff found they had been taken back to their rooms." Elsewhere bookcases and televisions created a homely environment, even if the residents weren't able to read books or watch tv. The team urged developers to design spaces with plenty of natural light and sheltered outdoor seating.

Professor Dalke has been looking at how design can affect vulnerable people for more than 15 years. Her input is sought by architects and developers worldwide on healthcare, retail, transport and prisons.

She concluded: "Many care home professionals believe that a building with a lack of design for independent living can itself cause a rapid decline for residents with Alzheimer's disease. People who have been moved to a more stimulating home have shown significant improvement in their physical or mental condition that was not directly attributable to greater luxury or more staff."