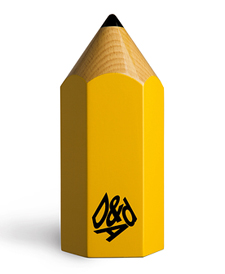 Luke Evans' iconic image of British teenagers, developed in response to a brief set by Dazed and Confused magazine to create a portrait of contemporary youth, was inspired by an afternoon in a leading computer store waiting for his phone to be repaired. "I noticed groups of teenagers coming in to take pictures of themselves on the shop's machines," the final year graphic design and photography student said. "I was fascinated by how keen they were to get in front of the camera and publish their pictures to make their mark online." Once the youngsters had left, Luke looked at the images they'd left behind on the terminals and the idea for his D&AD entry was born.

Over the next three months, the 21 year old from Hereford collected about 850 photos from in-store computers across London, Wales and the Midlands. Who owned the images was one of the things that intrigued him as he compiled the collection, Luke said. Did they belong to the teenagers who left them behind, him as the person who had bothered to download them or the computer manufacturer? "For me, sourcing the photo in this way added an extra layer to the idea of capturing the essence of contemporary youth. It's a comment on privacy issues in the digital age - we never really know who has access to the material we post online," he said. 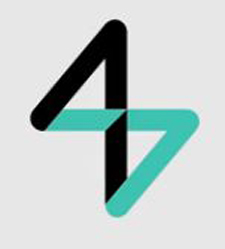 Luke conceded it was an unusual way of making an image. "I believe it takes just as much skill to create a photo without a camera as it does to take a picture in a more conventional way," he explained. In choosing his final portrait, the young designer deliberately looked for photographs where people's identity was obscured as he didn't want the teenagers to be identifiable. He finally settled on a picture he came across at a major shopping centre in London. The black and white image shows four teenagers, one wearing a baseball cap, with their faces only partially visible behind a splayed hand that covers the lens.

Luke wasn't the only Kingston University student to catch the D&AD judges eyes' either. Graphic designers Matthew Hill and Liam Campbell were also awarded Yellow Pencils for their response to a brief set by Channel 4. Entrants were asked to create a moving graphic for new channel 4seven, which airs the most popular and talked about Channel 4 shows of the past week. The station schedules content according to what is creating the biggest stir on social media, and through bloggers and commentators. The design duo wanted to find a way to express that interaction through their logo's behaviour on screen. They created a graphic made up of two fours, attached to create a loop representing the relationship between the better known Channel 4 and its newer sidekick 4seven. The logo continuously changes colour from black to teal and back, moving more quickly the more online chatter there is about 4seven's programmes.

Acting course director for graphic design and photography Marion Morrison said winning two D&AD yellow pencils, given to just a handful of the most outstanding entries each year, was a momentous achievement for Kingston University. "Our graphic design students were up against the best entrants from the top courses globally," Ms Morrison said. "The ambition and conceptual thinking of Kingston graphic designers really shone through and this recognition reflects creativity and original thinking we try to instil in all those on the course. They combine perceptive insights and a wide range of design experience to come up with brilliant ideas."