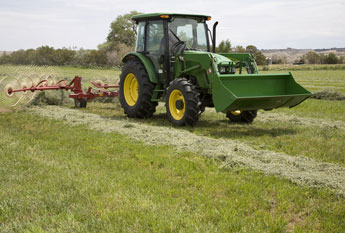 Is organic farming really greener and can it be cost effective? How can the risk of disease in dairies be minimised? Tackling some of these big challenges can only be done if scientists, farmers, industry and other bodies work together, according to a senior environmental sciences expert from Kingston University.

Dr Frances Harris said a joined up approach was essential to find workable and scientifically sound solutions to some of the most complex sustainability and land use issues. However, it was also vital that governments and funders supported such collaborations through ongoing streams of funding, she added.

"There are many environmental challenges to which there is no single easy answer and there's often a real lack of knowledge about how to tackle these," Dr Harris said. "Researchers conducting a truly academic study may be able to uncover what the best approach would be in an ideal world, but the solution may not work for farmers in practice or appeal to consumers, for example. However, when researchers link up with agriculturalists, businesses and charities or lobby groups, they're forced to look at issues in a broader context and consider what could be viable on the ground right from the outset."

Research led by Dr Harris and colleagues from Middlesex University has revealed forging trusting relationships between academics, farmers, pressure groups and industry representatives is one of the most significant issues affecting the success of collaborative research projects. Embedding economic, social and environmental considerations in a particular project from the outset could in turn provide much more cohesive information for policy makers and can their aid decision making, she said.

Dr Harris and her team looked at 10 different studies to explore the main challenges thrown up by this type of working. They found bringing experts from such different backgrounds together in the first place was often a key issue demanding a huge investment of time and effort. Added to that, once teams were established, differing priorities needed to be explored and a set of common goals agreed. "For example, a farmer may want to know what is going to work on his land; pressure groups may want to be able to tell supporters they've found something new as soon as possible; commercial businesses, such as seed companies, may want to find something that works more quickly than their competitors; and scientists want accurate data and rigorous evaluation," Dr Harris explained. "Once these aims are acknowledged, achievable targets can be negotiated."

There were problems in environmental management that science alone could not fully address, she added. Research involving people from scientific, agricultural, commercial and non-governmental backgrounds encouraged experts to consider a range of opinions from the outset. "This means a study becomes rooted in the real world," Dr Harris said. "The first hurdle, after establishing a team, is to get members to agree that, despite different ways of working, they can tackle an issue better together than individually."

It took a huge investment of resources to bring scientists, farmers, industry experts and voluntary groups together and for them to get to know and trust each other. The work that has gone into building up these research groups needed to be acknowledged and governments and funders needed to remember that, once a project ended, that investment is lost unless further research was commissioned, Dr Harris added.