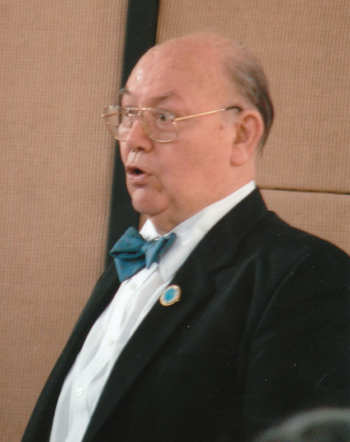 John Westcott Selley was born in Streatham in 1935 where he lived until his family moved to Effingham, Surrey.  John won a scholarship to Cranleigh School where he developed an early interest in electricity and explosives!

In 1953, John was called up for National Service, serving in the UK with the Royal Electrical and Mechanical Engineers (REME). At the end of his National Service he had a number of jobs, including selling Encyclopaedia Britannica door-to-door but nothing that looked like a fruitful career. So, in 1955, John re-joined REME as a regular soldier and was posted to Malaya (now Malaysia) where the communist insurgency was in full flow.

John was hospitalised and nursed by Renée Austen who was to become his first wife. On returning to the UK, he was discharged on health grounds.

John then worked for the Inland Revenue, during which period he completed a LLB from London University (External) followed by two years as a lecturer in law at Kingston University.

John then had a career spanning 25 years as a solicitor, first with Nabarro's and then Sacker's Solicitors, becoming a senior partner and an expert in pension law.

After the death of his second wife, Zita in 2002, John moved to Portland Island and became an active member of the Portland Singers, Portland Radio Club, Portland Archaeological Society, Probus, etc.

John often said that some of the happiest times of his life were the years spent lecturing at Kingston; in remembrance of those happy days, John left a legacy of £20,000 to Kingston University to provide book awards to law undergraduates in their final year of study.

Matthew Humphreys, Head of the School of Law said "John Selley's career took him from Kingston Law School to remarkable places and it is such a generous gesture that John saw fit to remember his time at Kingston with this bequest. We will invest these funds in supporting law students to achieve their ambitions, as John so clearly did in his career. It will make a real difference to our students – both in terms of the finances and of the high regard for the University that the legacy demonstrates."

John's younger brother Dick, Emeritus Professor of Petroleum Geology at Imperial College, was a geology student at Kingston between 1958–61 and was awarded an Honorary DSc 2006 in recognition of his contribution to geological education, research and professional practice in a career spanning 40 years. Dick now features on the University's wall of fame displayed in the John Galsworthy building and Kingston Business School.