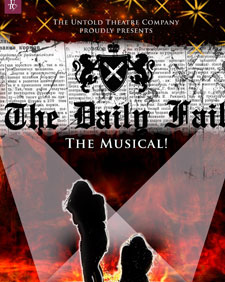 A pair of recent Kingston University graduates are staging a satirical musical which makes light of the Leveson Inquiry and phone hacking scandal - and they're in talks to take it to the West End.

The Daily Fail: The Musical!, currently playing at London's off-West End Waterloo East Theatre until October 20, tells the story of two girls who are desperate to be famous at any cost. There's only one problem - neither of them has any discernible talent. When their wish is granted, courtesy of their Fairy Godmother in the shape of media mogul Rupert Murdoch, things don't go quite as planned and they find they cannot handle the pressure of fame or the scrutiny of the press.

The comedy show, which was first staged at the Arthur Cotterell Theatre in Kingston College during in July and then at Kingston's Rose Theatre, is the brainchild of Kingston MA journalism graduate Fiona O'Malley. "I am quite intrigued by the modern media and the musical is all about press ethics and the extremes people go to," she explained. "Fame used to be something that was the by-product of a superior intelligence, a refined talent - or even controversial politics - but nowadays we are presented with many so-called stars who haven't done anything noteworthy." One only had to look at reality shows such as Jersey Shore or The Only Way is Essex, she said, to see people who were famous for nothing more than flaunting their bodies and flitting from one meaningless relationship to another. 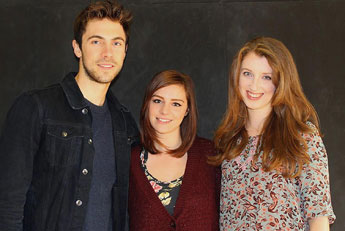 Directed by Adam Wollerton, who graduated from Kingston in 2012 with an MA in classical theatre, the lead role is played by 21-year-old second year Kingston drama degree student Charlotte Mitchell. Completing the Kingston foursome, 3rd year music composition student Joseph Alexander wrote the score for the songs which includes such numbers as ‘Hugh Grant is My Ideal Man', ‘We Could Be Famous' and ‘Making A Sex Tape'. "The show is about two people who are trying to become famous, but the sub-plot focuses on the hacking inquiry," Fiona said. "By the second act of the play the main characters get their phones hacked."

A journalist herself who has worked for Vogue and The Sunday Times since graduating from Kingston, Fiona said she was inspired to write the musical after attending a talk by Kingston University Journalism Professor and Hacked Off campaigner Brian Cathcart while studying for her journalism degree. "Listening to what he had to say, I just couldn't get my head around the whole hacking scandal because it seemed such a widespread practice," she said.

"I decided if I got something down in writing, something about it might help me make sense of the whole thing - but this is, at the same time, a very comic piece, very tongue-in-cheek."

The show is now set for a possible move to the West End, with two theatres having expressed a serious interest in putting it on, according to Fiona. "The only thing that would hinder our move to a West End theatre would be financial," she said. "And we're working on that."

Director Adam added that the production was already gaining plenty of critical praise. "Interest seems to be spreading quicky and lots of people appear to be intrigued by the musical and are discussing it," he said.

The musical was premiered in Kingston as part of the International Youth Arts Festival and Fiona and Adam have formed their own theatre company, The Untold Theatre Company, in order to stage it. The company's aim is to discover other fresh talent and bring their productions to life. "I really hope that this is just the beginning for our company and team of creators," Fiona said. 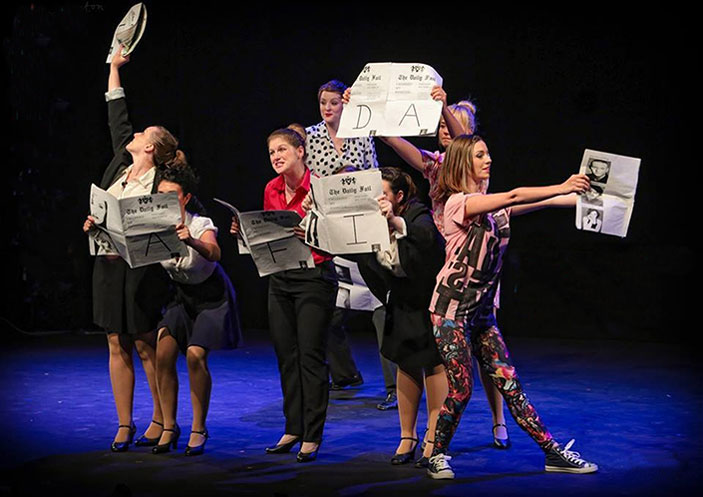