Australian bush fires will be amongst worst ever seen, disaster management expert predicts 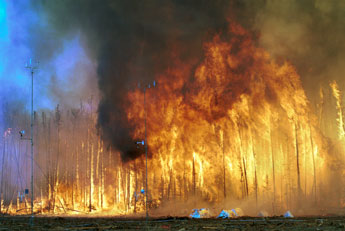 New South Wales fire fighters could not possibly have done any more to tackle the bushfires engulfing the area around Sydney and are ultimately at the mercy of the elements, according to a senior Kingston University academic.

Dr Neil Thomas, an expert in environmental hazards and disaster management who has worked extensively with fire services in the area, said "all the boxes had been ticked" for a major incident sparked by freak heat in south eastern Australia. "The weather in the past three weeks has been particularly bad - it's been very dry and windy and unseasonably hot," he said. "I've never seen this at this time of year in Sydney."

New South Wales has one of the world's biggest volunteer fire services, with local resident and newly-elected Prime Minister Tony Abbott being a member. Dr Thomas said they were doing as good a job as they possibly could in the circumstances. "They're doing brilliantly, as always," he said. "They're probably the biggest volunteer fire service in the world and they're doing their jobs superbly. The tragedy is that many of them have lost their own homes while they've been out saving those of others." 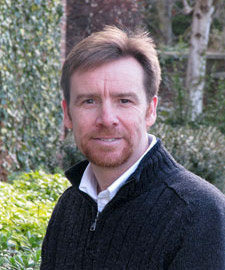 California was the other place in the world most prone to similar problems and Dr Thomas said exchanges of professional expertise and technology allowed fire fighters to manage the blaze as best they could. However, nature often had the last say. "The Blue Mountains are a tough enough place anyway, because they're so rugged and inaccessible, and once it becomes a crown fire - in the trees, off the ground - that's the most destructive type there is," he said. "It creates its own weather system and the heat and dynamic of the fire make it almost uncontrollable. You almost have to just let it burn itself out and hope for rain."

Events of such a magnitude at this time of year were almost unprecedented, Dr Thomas said. He warned that things would probably get worse before they got better. "We're not used to this at this time of year, it's usually nearer January or February," he said. "The winds usually come from the north west, but occasionally there's a southerly change which appears to have happened and cooled things down a bit. However, it's not lasted long - there's been a bit of rain, but not much. Looking at the Bureau of Meteorology forecast, it's going to get hot again. The firefighters will be hoping for the best but preparing for the worst."