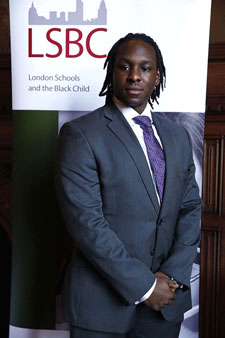 A recent Kingston Business School graduate has been nominated for a special achievement award which honours academic excellence among young black people.

The annual London Schools and the Black Child (LSBC) Awards was set up 10 years ago by MP Diane Abbott, who has continued to campaign on the issue of poor attainment for black and minority children in schools.

Daniel Tuitt was shortlisted for the awards' highest achieving boy in higher education category. He graduated with a First Class honours degree from Kingston in entrepreneurship and management earlier this year, despite having to deal with his dyslexia and the death of his mother during his course.

Now Daniel is working in his first graduate job as an innovation consultant for leading technology company HCL Technologies. In addition he has started his own small consultancy business advising young entrepreneurs on how to start a successful business.

"The fact I managed to get a First Class degree is purely down to the support that I received at Kingston," he said. "If I didn't understand something, there would always be someone to guide me through it. There was so much help available." 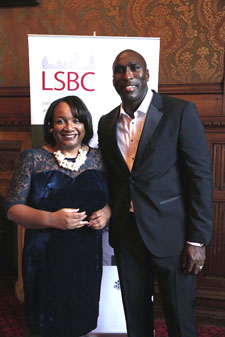 A care leaver, 24-year-old Daniel was nominated for the award by one of his tutors Rebecca Lees. "Initially we had to tell Daniel that he would have to repeat his first year which can be a huge blow to a student's confidence but Daniel did a lot of self-reflection on how he would need to adapt his approach to studies, including dealing with his dyslexia," she said. "At the time, he was also coping with the tragic loss of his mother, but was determined to focus and get the most out of his degree studies. Without his enormous strength of character, he could easily have ended his academic career after one short year."

Daniel attended the LSBC awards ceremony held at the House of Commons earlier this month alongside VIP guests including ex-Tottenham and England footballer Sol Campbell, the first black CEO of a FTSE 100 company Tidjane Thiam, and Kingston University's Chancellor Bonnie Greer OBE. "It feels great to be recognised in this way," Daniel said. "It was also fantastic to rub shoulders with such a wide range of people from black sportsmen to musicians and businessmen. Kingston's main attraction was its approach to developing entrepreneurial skills in all its students and it has definitelty done that for me. Now I am just looking forward to building the rest of my career."

This was the 8th annual LSBC awards ceremony. Organisers of the event confirmed they had received more nominations than ever before with every single nominee in the Higher Education category having achieved a first class degree.