Two internationally-respected researchers have joined the Faculty of Health, Social Care and Education at Kingston University and St George's, University of London.

Newly-appointed professor of critical reflection Jan Fook brings more than 30 years' experience as an academic to the faculty's School of Education. An expert in social work theory and how it can be applied in practice, Professor Fook has a strong interest in how education can best help professionals such as social workers and teachers deliver flexible, responsible and responsive services. During the past 15 years, she has focused on developing a method of analysing and learning from professional experience to help practitioners improve what they do.

"Using academic theories alone is not enough. I believe one of the most useful ways we can equip professionals to improve the support and services they deliver is to encourage them to learn from their own first-hand experiences," Professor Fook explained. "Those in people-oriented professions need to constantly question what they do - they have to be humble and open enough to reassess what they know, based on what they learn on the ground. Regular reflection can help turn puzzling or difficult experiences into new learning."

One of Professor Fook's main aims in her new role is to embed these more thoughtful ways of working more systematically across the faculty, as well as the University more widely. She also aims to build a body of research looking at how best to implement and evaluate methods which encourage personal analysis as a tool to enhance learning and improve future professional behaviour.

"Critical reflection has become increasingly fashionable during the past few years, particularly in light of Eileen Munroe's recommendation, in her review of child protection in England, that social workers should be better equipped to analyse their own decision-making," Professor Fook said. "However, there is a lot of confusion about what it is, how you do it and how you know whether it has been successful. I hope to start to address this by developing a strong evidence base to highlight best practice." This would give managers and frontline professionals the tools to implement reflective models effectively, she said.
Born in Sydney, Australia, Professor Fook spent much of her professional life in and around Melbourne. She left Australia in 2006 to join Southampton University as a professor of social work studies before becoming director of the Interprofessional Institute at the South West London Academic Network in 2008. She joins the Faculty of Health, Social Care and Education after two years at Dalhousie University in Nova Scotia, Canada, where she was director of the school of social work. 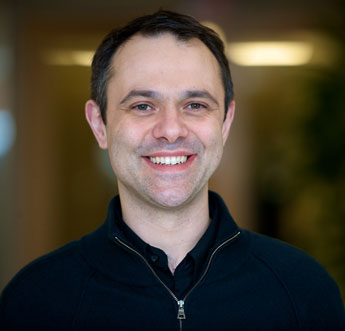 Also making the journey across the Atlantic to join the Faculty of Health, Social Care and Education is world-renowned British social scientist Professor Scott Reeves. His most recent post was at the University of California, San Francisco, where he was the founding director of the Center for Innovation in Interprofessional Healthcare Education. Professor Reeves describes his work as finding the best way of delivering healthcare and said there were several reasons why he was looking forward to taking up his role as professor of interprofessional research at Kingston and St George's.

"This new post will allow me to focus my energies on advancing a programme of research which I hope will contribute to addressing the complex challenges we face organising and delivering joined up health and social care," he explained. "I'm looking forward to immersing myself in British healthcare issues again - particularly those linked to the need for health professionals from all backgrounds to think more collaboratively and work more closely together, something highlighted in the recent Francis Report released in the wake of failings of care at Mid Staffordshire NHS Trust."

Prior to his role at the University of California, Professor Reeves spent six years in Toronto in Canada, where he held academic roles at St Michael's Hospital and the University of Toronto. Born in Bristol and educated in London, he has also previously worked at City University and London Southbank. He is currently editor of the Journal of Interprofessional Care and has also edited for the British Medical Journal, among other titles.

Another highly respected social worker to join the the faculty's line-up of professors is Jane Lindsay, who has been on the staff of the school of social work for 17 years. She will take on the role of professor of social work practice at the faculty. "This post recognises that it is on the ground that social workers make a difference, informed by their ongoing professional development and use of research in their work," Professor Lindsay said.

Alongside her academic role at Kingston and St George's, Professor Lindsay has been involved in developing groundbreaking social work programmes in both Palestine and with Canada.

Between 1997 and 2008 she was instrumental in setting up a professional diploma course for social workers based in schools in the Occupied Palestinian Territories whose role was to help children deal with the impact of political conflict. She also developed a supervision programme to provide ongoing support to these social workers. Prior to this, there was absolutely no training or supervision available for people fulfilling this role in schools. Both courses were set up in partnership with the territory's Birzeit University.

Professor Lindsay is currently working with the University of Ontario in Canada evaluating an initiative that supports abusive fathers to become more responsible parents. Five postgraduate social work students from Kingston and St George's are, at present, on placements with the programme, called Caring Dads. Alongside her international work, Professor Lindsay is also a probation officer working on domestic abuse programmes with London Probation Trust.

Meanwhile, the faculty's professional expertise has been boosted yet further with the appointment of two respected nursing experts as visiting professors.

Independent health consultant, author and policy activist Jane Salvage has become the faculty's writer in residence. She has an international reputation for leadership in nursing and healthcare development and has held senior posts with the Prime Minister's Commission on the Future of Nursing and Midwifery, the World Health Organization, Nursing Times magazine and the King's Fund. She recently participated in the Willis Commission on Nursing Education. Kingston University and St George's, University of London presented Dr Salvage with an honorary degree in 2011 in recognition of her outstanding contribution to the nursing profession.

She is joined by Dr Karen Norman, who is currently the executive director of strategic development for the Gibraltar Health Authority. Her career encompasses three decades working in healthcare, in both the public and private sectors, in the United Kingdom, Australia, New Zealand and, latterly, Gibraltar. With 20 years' experience at board level, she also has international management consultancy experience. Dr Norman is a research supervisor for the Complexity and Management Group at the University of Hertfordshire, which has an international reputation for its work.