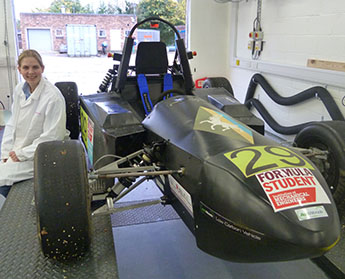 An aeronautics student from Kingston University has been recognised as one of engineering's brightest young talents after winning the Leader of Tomorrow category at the prestigious 2013 Automotive Supply Chain awards.

Final year Master of Engineering student Sabine Brosch was nominated for the honour after applying the skills she has been honing during her degree to the University's Formula Student electric racing car project. "The first I knew about the awards was when I got an email in the summer from one of my lecturers saying I'd been put forward. The news I'd won took me completely by surprise," Sabine said. "The KU e-racing project wasn't connected to my course work, but the whole process of designing and building a prototype for an electric racing car with other students with similar interests really appealed to me, so I jumped at the chance to get involved."

Carrying off a prestigious British award was particularly exciting for the 23 year old, who originally hails from Austria. "I initially started my degree studies at Vienna Technical University, but felt that course was too general. My mother works in London, so when I saw Kingston University had an aeronautics degree I decided to switch and start again from scratch," she said. "The great advantage that courses in Britain have over those in Austria is that they don't just focus on theory – there's a lot of practical application to real world projects too. This experience is perfect for preparing students like me to step straight into jobs in the industry once we graduate."

The judging panel for the award contained leading figures from engineering, business and the car manufacturing industry, with Sabine receiving her trophy from Ford executive Stephen Harley at a lavish ceremony at London's five-star Berkley Hotel. Even while she was centre stage, the e-racing car project wasn't far from her mind. "I felt so proud to receive this honour but believe it's really an award for Kingston University, which offers such excellent degrees in automotive and motorsport engineering. I really hope my success will encourage more young people to follow in my footsteps and study automotive engineering," Sabine said. "Although we've 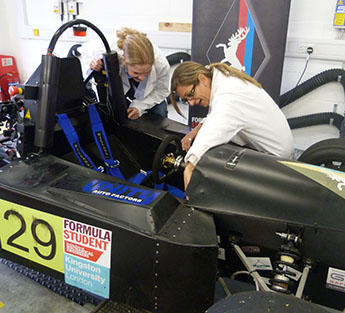 only been working on the electric car for just over a year, it's been a fantastic experience – not just from a personal point of view, but in terms of building team-working skills. People from all levels and all kinds of courses are working together and I'm certainly thinking of the automotive industry as a career option as a result."

Course director for the University's Master in Automotive Engineering programme  Gordana Collier, who nominated Sabine for the award, said her star student's success had come as no surprise. "The Leaders of Tomorrow award specifically identifies people who have the potential to see a project through from start to finish and Sabine fulfils those criteria 100 per cent. She's a very consistent, hardworking individual with enormous potential and the judges obviously thought the same," Mrs Collier said. "The KU e-racing project can easily take over your life – but Sabine never runs out of steam, she's so enthusiastic and always keeps on going."

Although the prototype of the car has now been unveiled at Silverstone, it is yet to race. Sabine is poised to be at the heart of efforts to achieve that goal. "You can either use the vehicle to showcase the latest technology, or be more modest and try to improve on the basic design each year, and that's the way we're going," Mrs Collier, who has been running the KU e-racing project since its inception with colleague Dr Demetrios Venetsanos, said. "Sabine is a key part of that work and already contributing really important ideas to the next model we will be showcasing."

The rules of the Formula Student competition insist that each car has to be 60 per cent different every year, so there is plenty of hard work in store. "It's an annual cycle – September to July is developing time, then there's the competitive part, followed by review for the following year," Mrs Collier explained.  "We've had over 30 people apply to join the team and nine of the previous members have stayed on to take more senior roles, so we've got a sort of apprenticeship going on. The Faculty's technical staff have a major input too, running regular seminars, which aren't part of their jobs but done for the love of it, and we're now working to try to embed Formula Student as a more formal part of our students' course work." 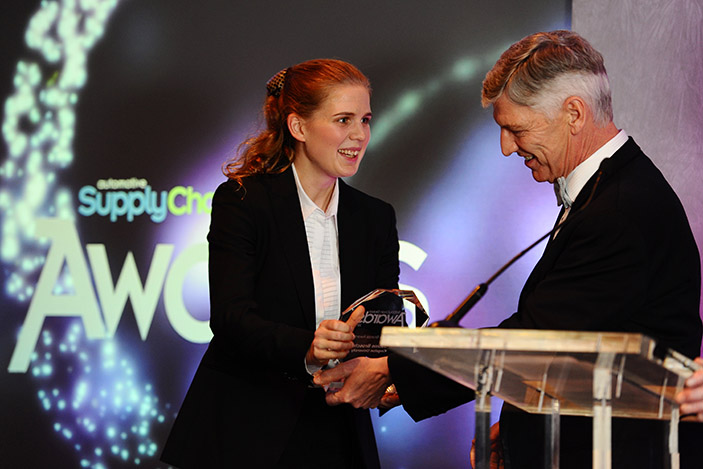