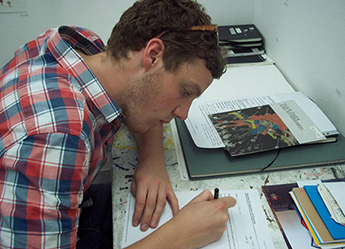 It was while trying to fall asleep one night that third year illustration and animation student Michael Parkin came up with the idea for a graphic story that has caught the eyes of the judges in a national competition.

The 27 year old is set to see his work, called Lines, printed in The Guardian newspaper after he was revealed as the runner-up in this year's Observer Jonathan Cape Comica Graphic Short Story Prize.

"I'd heard of the competition before but had never thought about entering. It was my tutors at Kingston University who convinced me to take part and I'm really glad they did," Michael said.

The idea behind his entry was the need for people to find themselves. "I figured fishing was often seen as a way to escape busy day-to-day life and spend some time alone, but the ego is a powerful thing and can easily drag a person under. One night I was trying to get to sleep and couldn't stop thinking about a guy catching a whale so big that it sank his ship. Then the whale slowly moulded into multiple versions of itself in my mind and that's where the idea came from."

This is the seventh year in which the Observer Jonathan Cape Comica Graphic Short Story Prize has run. Principal lecturer in illustration and animation Jake Abrams said his creative student's success had come as no surprise. "To receive such an accolade is a significant achievement, especially since Michael was competing with artists not just from the United Kingdom but also from right across the globe," Mr Abrams said.

"Michael managed to develop a concept that was witty, individualistic and very poignant and his bold decision to make his graphic narrative work without words was really daring. Michael's work is incredibly exciting and he definitely is a talent worth watching." 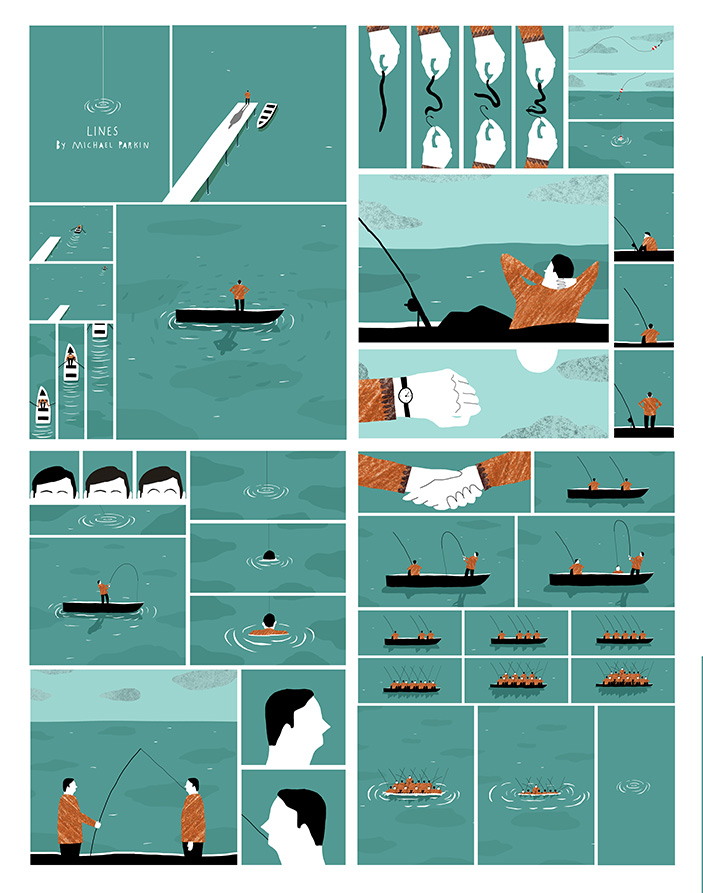