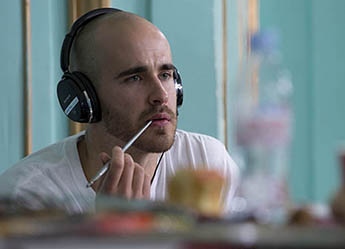 The 25 year old saw off 1,800 rivals to clinch the accolade and also secure the chance of painting a portrait of Booker Prize winner Hilary Mantel, who coincidentally holds an honorary degree from Kingston. His finished work will be the only portrait featuring a living author on display in the British Library.

The artist, who until now has been funding his passion earning money painting model trains for his father's model railway business in Cardiff, will also receive a £10,000 prize and a year's supply of art materials.

"Winning was the most amazing feeling but it hasn't really sunk in yet. I'm sure it will hit home once I see my work hanging in the British Library. That will be such an honour," he said.

Lord attributes the starting point for his obsession with all things artistic to his GCSE year at The Bishop of Llandaff Church in Wales High School in Cardiff, when he was able to experiment and developed a particular interest in drawing the human form. He then went on to do a foundation course at Glamorgan College of Art and Design before graduating with first class honours in fine art from Kingston University in 2011.

"I absolutely loved my time at Kingston University," he said. "I think the biggest thing I got from my time studying at the Knights Park campus was learning how to look at my work in a different way and analyse it in more detail. The award judges were intrigued about how I applied the paint on to the canvas and that was a technique I picked up from Kingston."

Nick cites such artists as Lucian Freud, Conor Harrington, Jenny Saville and Egon Schiele among his influences. His own work spans from portraits of the Queen, Amy Winehouse, Sir Chris Hoy and Maggie Thatcher to depicting the student tuition fee demonstrations in London.

"I like to listen to hip hop on my headphones while I'm working. The music helps me to focus and it goes hand in hand with the whole underground culture of graffiti art," he said. "I'm sure some of the great artists of the past would have painted with a spray can if they had the chance." 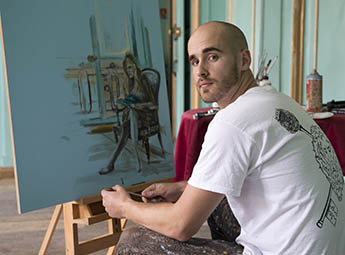 Nick has so far only done preliminary sketches of Mrs Mantel, best known for her historical novel Wolf Hall and for winning the Booker prize in 2009 and 2012.

"I've met her twice and taken lots of photos. She is an amazing character and so passionate. I could just talk to her all day. She said it is up to me how I paint her but I am, of course, a bit nervous because I want her to like it and it will be seen by everyone who goes into the British Library," he said.

Nick's win was the culmination of a 10-month search for the portrait painter of the year. He impressed the judging panel with works ranging from his interpretations of Welsh rugby player Gavin Henson and model Sophie Dahl to Lance Corporal Johnson Beharry, who was awarded the Victoria Cross.

"I like to paint my subjects from photos rather than from life because when you take pictures you capture them in moments that reveal their personalities which isn't possible in formal poses," he said.

"Being an artist, it's quite tough because you never know when you are going to be paid next but I think that is also quite exciting," Nick added. "The ideal situation for me now would be to be commissioned to paint pieces that I would like to do and because they want a Nick Lord piece rather than a piece by Nick Lord. Hopefully the award is going to lead on to some exciting opportunities for me."

Course director for Kingston University's BA(Hons) Fine Art Ann Hulland said it was no surprise her former protege was making a mark for himself on a national level. "Nick was a fantastic student and 100 per cent committed throughout his degree studies," she said. "He was always in the studio working and willing to tackle any new challenge. He is an outstanding ambassador for the University."

News of nick's win had also given students following in his footsteps an enormous boost Ms Hulland said. "Past students voted for him and his fellow students are incredibly proud of everything he has achieved," she added. 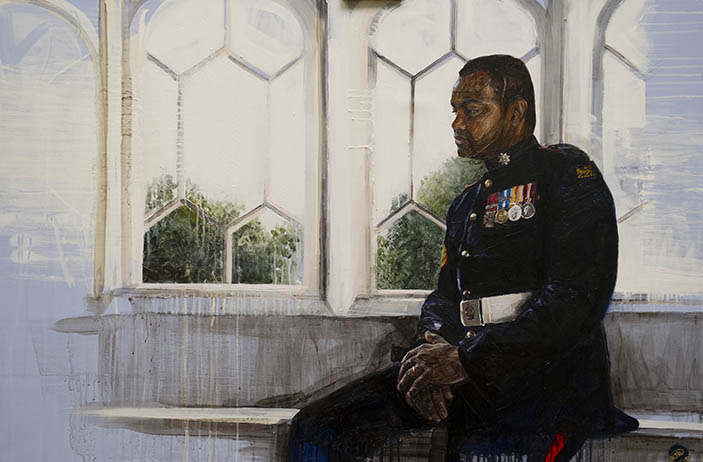