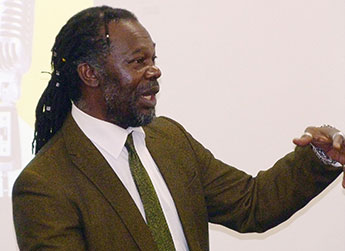 It's all about the brand, according to Reggae Reggae sauce mogul and musician Levi Roots. The former Dragon's Den contestant has urged students to focus on building a brand and not simply developing a product.

Mr Roots was giving a talk on entrepreneurship at Kingston University's Business School yesterday evening and told an eager audience in the packed lecture theatre that the biggest sales asset for a new business owner was themselves. "The most important thing is to work on the personal integrity of your brand so that you can sell more than just one product," he explained. "I was advised not to call my products Reggae Reggae sauce because it was too black, Jamaican and rasta. But I ignored that because it was specific to me. It's not just about what's in the bottle, it's about you."

He appeared on the BBC television show Dragons' Den in 2007. The first contestant to serenade the judges, Mr Roots bowled them over with his charm securing a £50,000 investment from entrepreneurs Peter Jones and Richard Farleigh. In exchange they received a 40 per cent stake in his business, which is now estimated to be worth around £60 million. "The day of my appearance on that show, I couldn't even afford the £15 taxi fare from Brixton to London Bridge where it was being filmed," he told students. "But since the programme aired, I haven't wanted for anything."

Levi Roots started life in a tiny village in Jamaica before moving to London with his parents. He began making his sauce from his home kitchen in Brixton with the help of his seven children. At the 1991 Notting Hill Carnival he created a fusion between the food he was cooking and the music he played, opening the ‘Rasta raunt', which is now an annual feature at the event.

Gabriella Bergin-Cartwright, a second-year Business Management BA student who harbours dreams of launching her own company one day, was in the audience. "It's really inspiring to hear about a business that was built pretty much from nothing," she said. "Levi is an incredible speaker and he really filled the room with energy."

Sally Durrant, a third-year English literature and language student, said she had picked up plenty of tips from the sauce mogul's speech. "Learning to brand yourself is vital and you have to sell yourself above all else," she said. "The talk was brilliant - he's so passionate and has great drive, charisma and integrity."

Mr Roots revealed he is now seeking advice from Peter Jones to help him launch his brand in America. Not one to rest on his laurels, he also briefly outlined plans for a Reggae Reggae-branded high-street restaurant business. 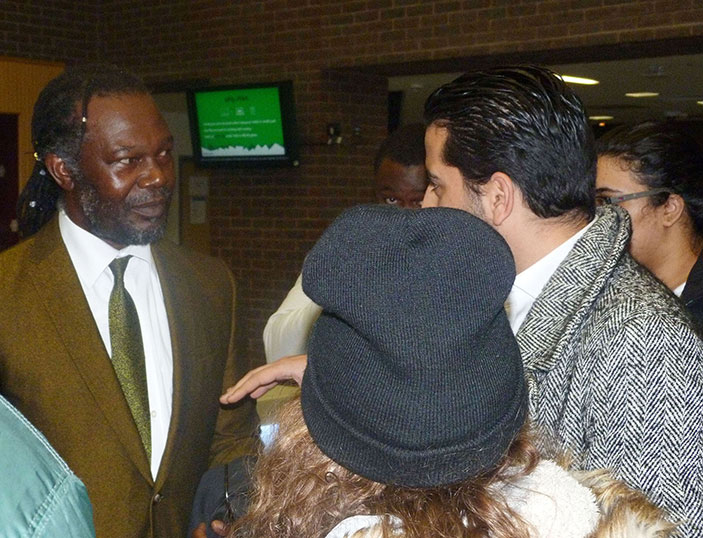