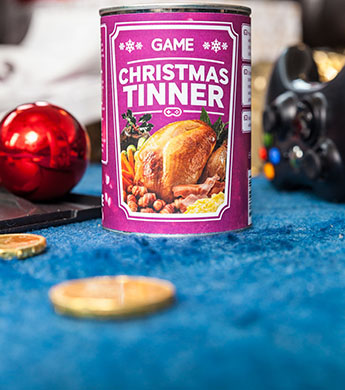 Too busy playing on a brand new Xbox One or PS4 to cook a turkey this Christmas? Fear not. A Kingston University graphic design student has come up with the solution to stave off festive hunger pangs - an all-day Christmas feast in a tin.

Dubbed Christmas "tinner", the product consists of nine layers of processed festive food, including scrambled egg and bacon, two mince pies, turkey and potatoes, gravy, bread sauce, cranberry sauce, brussel sprouts with stuffing, roast carrots and parsnips, topped off with Christmas pudding. There is even a broccoli alternative for gamers with an aversion to sprouts.

To create the Christmas tinner, third-year graphic design undergraduate Chris Godfrey processed the food and sealed it with gelatine, placing each layer in the tin one at a time. Preparation couldn't be easier - all a ravenous gamer has to do is open and eat.

"I tried to ensure when creating the menu that all the flavours complemented one another and it was designed so that gamers could tuck into one layer at a time, starting with breakfast and finishing off with Christmas pudding - the perfect festive meal without any of the fuss," the creative 24 year old from Eastbourne said. 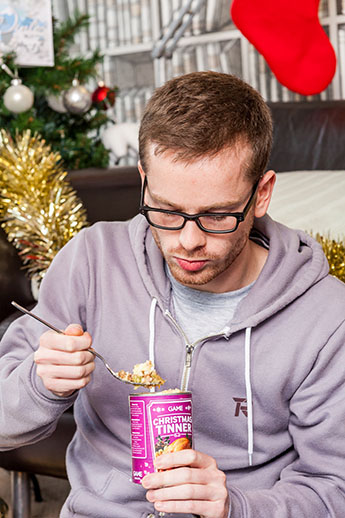 His canny concoction was trialled at the Basingstoke branch of UK video game retailer GAME and flew off the shelves. It has even featured on ITV's This Morning, BBC Radio One, Saturday Night Live in the United States and television news channels around the globe.

"This Christmas is set to be an epic one for gaming, especially as households all over the United Kingdom wake up to a new PS4 or Xbox One console under the Christmas tree. And for those who can't wait to get stuck into their latest goodies, the Christmas tinner is our gifting solution combining the best of both worlds so gamers can feast on the latest releases and the finest food at the same time," GAME Retail Ltd marketing director Ailsa Knight said.

The Christmas tinner creation came about after Chris initially concocted the concept for a 12-course feast in a can as a comment on mass consumerism for a dissertation earlier this year. The original combination consisted of such delicacies as pickled kobe beef with charred strawberry, roast pork belly with celeriac teamed with palate-cleansing pear and ginger juice. 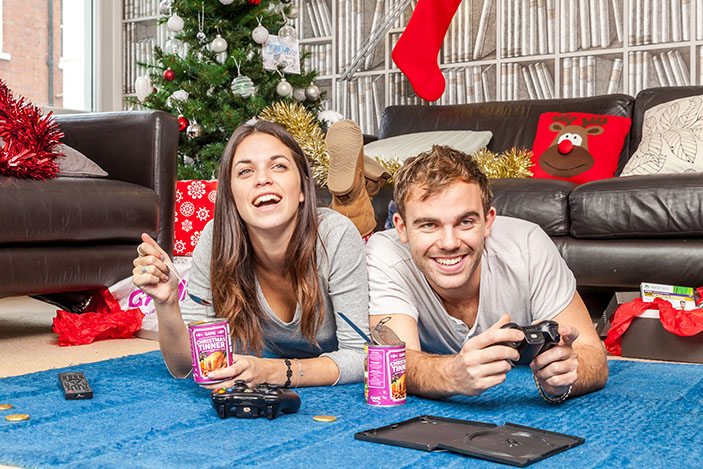