A rare glimpse into cinema's weird and wonderful history 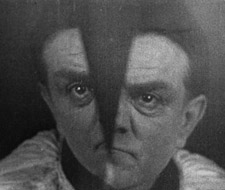 Kingston University has teamed up with the BFI to show some seldom seen gems of experimental cinema. The series of screenings begins with 'The Cabinet of Dr Caligari', widely regarded as a landmark in the development of artistic film making but rarely shown outside Film Studies departments.

The strand, entitled 'Essential Experiments', will take in all the major developments in experimental cinema including expressionism, surrealism and cubism. "Together with the BFI we will plot a chronological ribbon of film's experimental passage," director of Filmmaking at Kingston University Phillip Warnell commented, "embracing the best and strangest of its occurrences".

"In other capital cities, there are programmes of films that provide people who love cinema with an essential guide to how experimental film developed; we feel this is needed in London and that's why we decide to create a new strand at BFI Southbank," Elisabetta Fabrizi, the BFI's Head of Exhibitions, added.

Two programmes of films will be shown each month. 'The Cabinet of Dr Caligari', directed by Robert Wiene will be the main film at the first screening on April 15th, followed by Germaine Dulac's seminal surrealist work 'The Seashell and the Clergyman' on the 22nd.

Elisabetta Fabrizi explained why 'Dr Caligari' had been chosen to launch the series. "From the very beginning of film history there have been directors who wanted to go beyond cinema's straightforward realism. They achieved this through collaboration with visual artists or by taking inspiration from the visual arts. This is one of the very first film masterpieces to do just that."

The film also has a big following among horror fans, who see it as one of the landmarks in the development of the genre. As a silent film, it will be accompanied by live piano, just as it would have been when it was first shown. 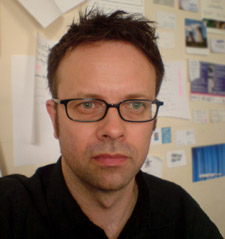 Phillip Warnell hopes the project will inspire both filmmakers and film studies students. "We're very proud to be working in partnership with the BFI. The collaboration reflects our significant portfolio of higher education film courses which we hope will support the development of both cinema researchers and future filmmakers," he said.

"We really wanted to bring an academic institution on board," Elisabetta Fabrizi said. "Programming the strand in partnership with Kingston University means we can draw on the significant academic knowledge there." In June, for example, Martina Bramkamp, Senior Lecturer in Illustration and Animation, will introduce a collection of ten short early abstract animated films.

The screenings will be introduced by a range of film professionals and shown in what Ms Fabrizi describes as "perfect conditions - good films and good prints".