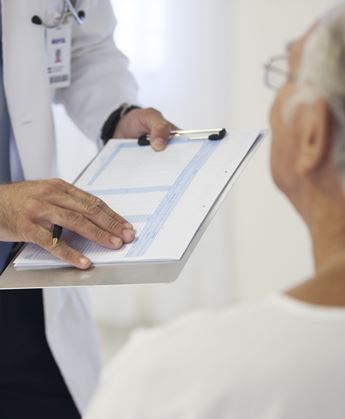 Hospital patients with learning difficulties face longer waits and mismanaged treatment due to nursing staff's failure to understand them, according to a newly-released report.

Report co-author Dr Irene Tuffrey-Wijne, a senior research fellow in nursing at Kingston University and St George's, University of London, said people with learning disabilities were largely invisible within hospitals, which meant their additional needs were not recognised or understood by staff. "Our study found many examples of good practice, but also many where the safety of people with learning disabilities in hospitals was at risk," she added.

It is estimated that one in 50 people in England has some form of learning disability, such as Down's syndrome. Dr Tuffrey-Wijne, who is based in the Faculty of Health, Social Care and Education at Kingston and St George's, said the most common safety issues were delays and omissions of care and treatment. In one case, a patient who had problems making herself understood was accused of being drunk by hard-pressed hospital staff.

"Some examples come down to basic nursing care such as providing enough nutrition, but other serious consequences were also seen in our study. These included delays in clinical investigations and treatment by staff unclear or unaware of what to do in certain situations when patients had trouble expressing their consent or opinions or lacked an understanding about what was required from them," she explained.

The study included questionnaires, interviews and observation sampling senior hospital managers, clinical staff, patients and carers in all types of settings within hospitals in the NHS.

Specialist nurses, such as learning disability liaison nurses and ward managers with specific responsibility to advocate on behalf of patients with learning difficulties, were recommended in the findings. They also called for investigations into practical and effective ways that the NHS could ﬂag patients with learning disabilities across its services and hospitals while also implementing procedures to ensure family and other carers were more involved in the process.

The study, Identifying the Factors Affecting the Implementation of Strategies to Promote a Safer Environment for Patients with Learning Disabilities in NHS Hospitals, has been published in the Health Services and Delivery Research journal. It was funded by the National Institute for Health Research Health Services and Delivery Research (NIHR HS&DR) Programme.

The report was co-authored by former British Medical Association President Baroness Sheila Hollins, who is a professor at St George's, University of London, and Professor Christine Edwards from Kingston University's Faculty of Business and Law.