Kingston graduate Entrepreneur of the Year at the PEA Awards 2013 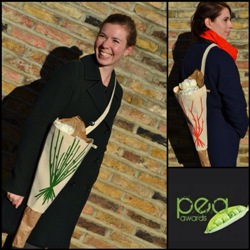 The design and concept of the innovative Pozzy flower carrier won its creator first prize in the WestFocus Bright Ideas Entrepreneurship last summer. Now Shruti Barton, who only recently graduated from her Advertising and the Creative Economy MA, has won Entrepreneur of the Year award at the PEA Awards 2013.

The award recognises individuals whose work contributes to the green agenda, and, once again, Pozzy impressed the judges. "I'm so delighted to have won the Entrepreneur of the Year award specifically, as it affirms the fact that the judges see potential in not only my business plan but also the product," said Shruti. "Now it's about taking it to the mass market and encouraging flower shoppers everywhere to buy more flowers, more responsibly."

Shruti joined many other entrepreneurs and individuals at the Green Carpet ceremony, having been nominated for two categories, including Arts, Fashion and Music. 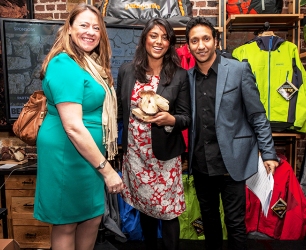 Martha Mador, head of Enterprise Education said: "We're delighted that Shruti's creativity and drive are being recognised with this award. Throughout her studies at Kingston, Shruti showed that she has the passion to make her aspirations a reality."

Speaking about her studies Shruti said: "I earned a distinction for my MA so I'm really pleased I decided to take time out of my career to study at Kingston. My course is excellent for any budding entrepreneur and I would highly recommend it."