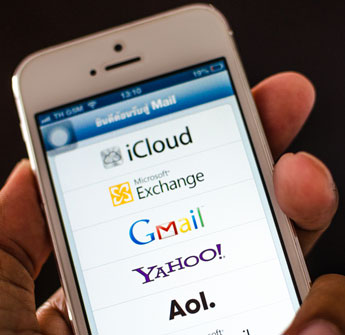 Workers obsessed with checking their emails could be damaging their own mental health and that of their colleagues, according to Kingston Business School research.

Occupational psychologist Dr Emma Russell believes she has identified the seven deadly email sins that can lead to negative repercussions if not handled correctly. Some of the worst habits included ping pong messages sent back and forth and read receipts which accompanied every missive, the study, looking into which email practices caused employees most stress, found.

"Back in the dial-up era, when going online had a cost implication, most people checked email maybe once a day and often responded as soon as they read them. Now, with broadband and 3G, unlimited numbers of messages can be streamed through smartphones at any time of the day or night. However many of us haven't adapted our behaviour," Dr Russell said.

Responding to out of hours emails, for instance, might make an employee look keen but it could also mean workers found it difficult to switch off, according to the study. "This puts pressure on staff to be permanently on call and makes those they are dealing with feel the need to respond," Dr Russell, an expert at Kingston's Centre for Research in Employment, Skills and Society (CRESS), explained. "Some workers became so obsessed by email that they even reported experiencing so-called phantom alerts where they think their phone has vibrated or bleeped with an incoming email when in fact it has not. Others said they felt they needed to physically hold their smartphone when they were not at their desk so that they were in constant email contact."

Email ping pong, where messages are responded to immediately by both sides until a very long chain builds up, are particularly hated by many of those involved. 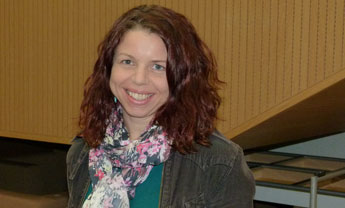 Dr Russell analysed 28 email users across different companies to see which habits had positive and negative influences on their working lives. She identified seven habits which could be positive if used in moderation but were likely to have a negative impact if not handled correctly. "This research reminds us that, even though we think we are using strategies for dealing with our email at work, many of them can be detrimental to other goals and the people we work with," Dr Russell said.

Some created a problem for the sender rather than the receiver, she said, as they could lead to them giving out the wrong impression or not remaining in control of what they were doing. Having email alerts switched on and responding immediately could, for example, have positive benefits if someone wanted to show concern to the person who had emailed them. However, it might have negative repercussions in terms of the sender feeling that responding to emails was taking them away from other tasks and impacting on their sense of well-being.

Another loathed habit is emailing when in company, giving rise to the phenomenon of 'Absent Presence'. "With the advent of smart phones, a tendency has emerged for the user to attend to an incoming email even when physically with someone else," Dr Russell commented. "This renders us physically engaged but mentally absent and deprives our companion of the time they were having with us. It also gives them the impression, rightly or wrongly, that our email is more important to us than they are." 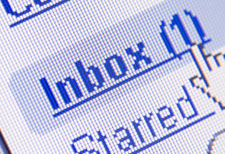 A further culprit of digital bad manners is the email ignorer. Their tactic emerges when they are overloaded and cannot handle the volume of emails in their inbox. They resolve this with a variety of strategies including; not looking at any emails for a period of time, ignoring certain people and, in extreme cases, deleting their entire inbox. This was frustrating for the sender, Dr Russell explained, because it defeated the purpose of email as a way to clear work quickly - the chain became broken, the next stage of the job failed to happen and the sender was forced to re-open a task they had considered closed.

The final habit that the research showed raised the blood pressure was the use of automated replies, including the flagging of incoming emails into a specific file. Examples of this were automatically sending round robin emails to a junk folder or certain words in a message triggering its deposit in a designated folders such as holiday, accounts or social. Both the email sender and the recipient had complaints about this system, Dr Russell said. "Senders were unhappy because their emails went astray and were consequently overlooked and recipients became annoyed because the system can go wrong, with trigger words quickly becoming obsolete and files forgotten." This led to mail disappearing from view, important missives being lost and colleagues becoming annoyed, she added.

The report was presented at the British Psychological Society's annual conference in January. The seven deadly email sins it details are:

1. Ping pong - constant emails back and forth  creating long chains
2. Emailing out of hours
3. Emailing while in the company of other people
4. Ignoring emails completely
5. Requesting read receipts
6. Responding immediately to an email alert
7. Automated replies.