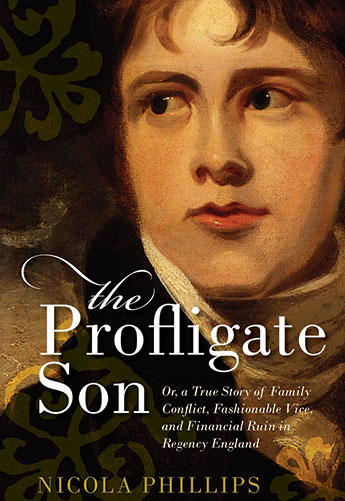 The remarkable decline and fall of Regency rake William Jackson, from Harrow public school boy to penniless alcoholic convict in Australia, has been brought to life nearly 200 years after his death in a highly praised book by Kingston University lecturer Dr Nicola Phillips.

The Profligate Son has been described as ‘a gem of a book' by the Washington Post, while the Wall Street Journal calls it ‘splendid, making an age come wonderfully alive'. Dr Phillips specialises in gender, social and cultural history and first approached the project as a history of inter-generational conflict, but said it soon became clear that this was a uniquely detailed case of family breakdown, in which the very contemporary issue of debt and borrowing had played a key role.

"Most history of this era is about happy families, but what's so amazing about this is that it's such an in-depth portrait of a deeply dysfunctional family, whose total breakdown was almost entirely caused by debt," Dr Phillips explained. "A friend came across a diary in the National Archives about a father's relationship with his son and she thought it might spark my interest as something to investigate. When I got there, I found that there were actually three volumes of diaries in which the father had chronicled every twist and turn of his relationship with his son from the age of 16 to 21."

The profligate son of the book's title is William Jackson, born in 1791, the son of a Devon East India Company merchant, William Collins Jackson, who made his fortune in India. When Jackson returned to England in 1800 he was keen to climb the social ladder and had high hopes for his son keeping the family prominent in ‘polite society'. The law at the time said a father was legally responsible for his son's debts until the age of 21 - a clause that Dr Phillips said young William had exploited with glee as he tried to maintain the lifestyle of his aristocratic schoolmates. When his father had refused to pick up the tab for his wild spending and fast living, the lines of family conflict had been drawn. "In the diaries, William's father had copied out all the letters between them, including notes in the margin to show where he thought his son was lying," she said. "William senior also copied correspondence from his son's school masters, army commanders and lawyers."

Dr Phillips described the story as being like "a real life version of Dickens' Bleak House, based on a court dispute and brought to life by the incredible amount of surviving documents. "Father and son often wouldn't talk to each other - so even when they were arguing and sitting across the table from one another, they still wrote notes," she said. "In one box, I discovered a packet of letters sealed with wax, which had been unopened for 200 years, and I had to ask an archivist at The National Archives to break the seal for me - as a historian, that kind of thing hardly ever happens. It was a wonderful moment."

While Jackson's resolutely no-nonsense attitude towards his son's spending did not increase the likelihood of reconciliation, Dr Phillips said his fury at the world of money lending, easy credit and debt, in which his son became trapped, has clear modern parallels. "He used to rail against the traders who were desperate to offer William credit, but as the alternative was to go to debtors' prison, what did you do and who did you blame - the money lenders who were there to profit from misfortune, The son who couldn't control himself, or the father who wouldn't pay up? It's a similar situation to one many people are facing now," she added.

Having spent time in debtors' prisons and narrowly escaped the death penalty at the Old Bailey on a forgery charge, at the age of 22, William's life reached a new low when he was shipped to an Australian penal colony. This may well have contributed to his father's death around the same time, Dr Phillips said. "His journey out there was on one of the worst hit typhus ships, with a death-rate close to that of slave boats and the subsequent outcry led to changes in the law on the treatment of prisoners," she explained. "William was eventually granted a conditional pardon and married - of all people - the local police chief's daughter, and went into business." But once again, fate had conspired against him, and a newspaper reported that he died a penniless drunk on a Sydney street, aged 36. "He'd been through hell," Dr Phillips stressed. "By the time he arrived in Australia aged 22, he'd already gone grey, he'd been drinking since school, and alcoholism was horrific over there - rum was even used as a common form of currency in the colony."

After spending six years living in the Jacksons' world, Dr Phillips said the book had left its mark on her. "I think the book has made me a more understanding parent," she admitted. "Some of the reviews have said William was just born bad and stayed that way, but I want people to focus more on the personal conflict caused by an unbridgeable generation gap. It's not about apportioning blame it's about observing and understanding a family relationship."

The son and heir of the Jackson family may have driven his father to an early grave, but one positive note was that William's marriage in Australia produced a son and a daughter - and their descendants have already been in touch with Dr Phillips. "Before the book had even been published, out of the blue, I received an email from a woman in Tasmania saying her husband was related to William's daughter," she said. "She'd seen an interview I did with the archivist I was working with, and tracked me down via the internet. It's extraordinary. We know there are more living relatives in England, where the son returned to live, so we're hoping we can fill in a few more gaps and add further people to the family tree." 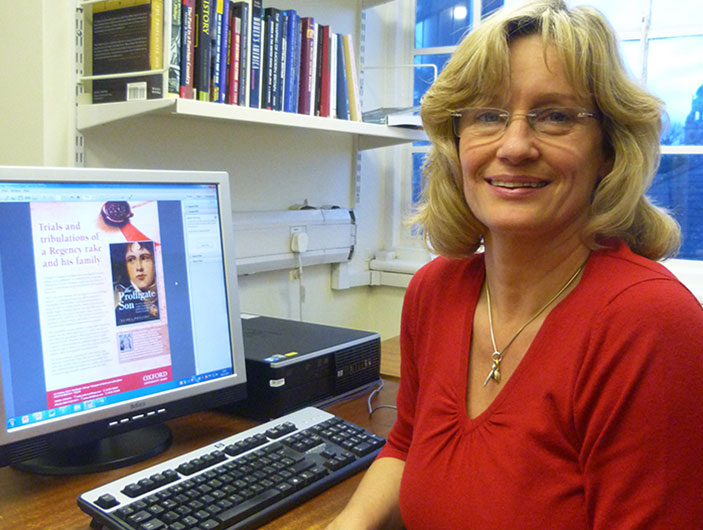