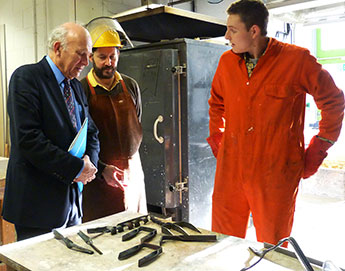 Government Minister Vince Cable has hailed Kingston University's pioneering and cutting-edge approach to entrepreneurship during a visit to the University's Knights Park campus.

Dr Cable, who is Secretary of State for Business, Innovation and Skills as well as being the member of Parliament for the neighbouring constituency of Twickenham, was shown around the Faculty of Art, Design and Architecture by Vice-Chancellor Professor Julius Weinberg and Faculty Dean Professor Steven Spier. As well as viewing the workshops he also got a chance to speak to students about their work and future plans.

Dr Cable said the visit had made a huge impression on him. "I hadn't realised until I came here quite how strong Kingston was in the area of business and enterprise, but I was impressed by what I saw and heard," he added. "Given the way the economy is evolving and the growing importance of private sector growth for employment, what's happening here at Kingston University should be seen as cutting-edge and pioneering." 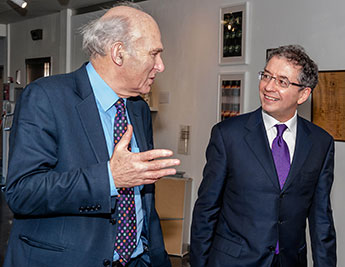 For the past four years, Kingston students have started up more businesses than those at any other academic institution in the country. Professor Robert Blackburn, Director of the University's Small Business Research Centre, said this was down to a deliberate policy of teaching entrepreneurial skills to any student eager to learn them. "A decade ago there was a conscious decision taken to set up the Enterprise Department outside the Business School so it could hover over the whole University," he explained. "This was because we recognised that would-be entrepreneurs could be found in any academic subject area, not just business studies. It's as much about changing mindsets as it is starting a business - students from drama or architecture can do an enterprise module if they wish because there's no subject that can't be turned into a business."

Dr Martha Mador, who heads enterprise education at the University, suggested the increasing attraction of setting up in business, though partly down to economic necessity, was also a sign of changing attitudes - something Kingston was happy to embrace. "We recognised a while ago that students were a big source of new enterprises - and since part of our role is to make people employable, why not try and help graduates to employ themselves and ultimately, in the future, others too?" she said. "Last year I carried out a survey of new students at the University, and more than 70 per cent said they'd like to start their own business one day - which is incredible. Ten years ago probably only 20 per cent would have said that and 20 years ago most students would have thought you were crazy to suggest going it alone in business." 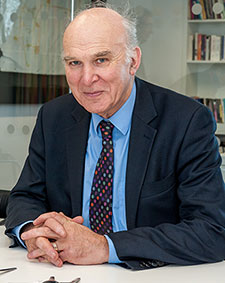 t wasn't just down to the current economic climate, she explained. "I think there's been a basic change in society and the structure of organisations so the idea of a long career in public service or joining a graduate trainee scheme in a big company has become passé," she added. "Kingston is a very diverse place in terms of subjects, so it attracts potential entrepreneurs from all backgrounds."

In recent years, Kingston has established a major reputation as a home of creativity and original thought, with students devising award-winning designs for everything from nursing aids to car parts. Vice-Chancellor Professor Weinberg said the broad range of Kingston inventions and innovations was a particular source of pride. "Across the University, this is something we do particularly well," he said. "Creating and launching successful new businesses is something that's good - indeed vital - for the whole country and we intend to continue to support our students to do exactly that."

During his visit, Dr Cable saw students working on everything from ceramics to fashion and said he was impressed by the high standard of activity. "What struck me was that the entrepreneurial approach isn't just focused in one specialised part of the University - instead it seems to permeate through all the departments," he said. "The teaching is not only academically rigorous but also creative and strongly linked to students' future careers."

There had been a fundamental change in the economic culture with the concept of a job for life largely being consigned to history, he suggested, and graduates having had to develop a different way of achieving their career goals. "People my age were brought up to believe there was lifetime employment in companies such as multinationals and banks, but that world has gone," Dr Cable explained. "Most careers in the future will be in small companies or as owner managers so being independent and having those entrepreneurial skills will be ever more critical - I get the sense the younger generation recognises that and is embracing it." 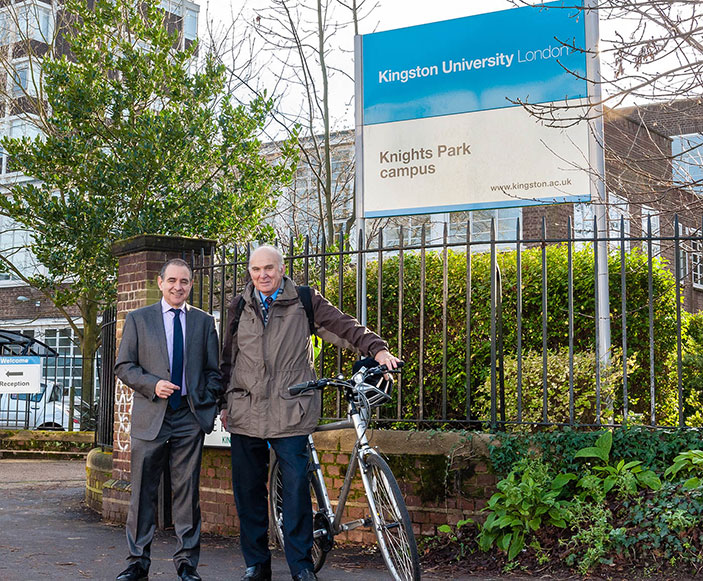