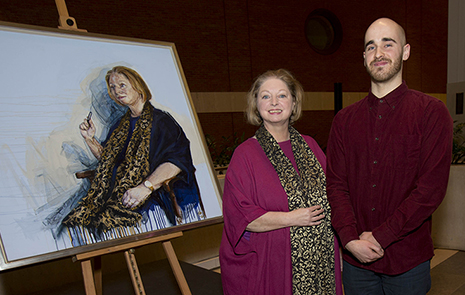 The 25 year old secured the chance to paint a portrait of Mrs Mantel, who coincidentally holds an honorary degree from Kingston, after seeing off 1,800 rivals to scoop the Sky Arts Portrait Artist of the Year award in late 2013. His finished work is the only portrait of a living author on public display in the library and will become part of its permanent art collection.

Nick's win was the culmination of a 10-month search for the portrait painter of the year. He impressed the judging panel with works ranging from his interpretations of Welsh rugby player Gavin Henson and model Sophie Dahl to Lance Corporal Johnson Beharry, who was awarded the Victoria Cross.

"It has been an absolute privilege to paint Hilary, and important to me that I captured the essence of her in this portrait - her kindness, success and intelligence," Nick said. "I'm delighted with the painting but I was so nervous and shaking like a leaf before the unveiling because Hilary hadn't seen it before then. I was relieved and very excited to see her reaction."

Nick cites such artists as Lucian Freud, Conor Harrington, Jenny Saville and Egon Schiele among his influences. His own work includes portraits of the Queen, Amy Winehouse, Sir Chris Hoy and Maggie Thatcher and even extends to depicting the student tuition fee demonstrations in London.

He and his literary muse developed a good rapport right from the start of the commission. "I'm always worried when I first meet someone that we might not get along, but Hilary and I clicked right away," Nick said. "She's so lovely and accommodating. When I first met her and asked how she wanted to be portrayed, she said she hadn't really thought about it. But, when I showed her a few of the photos I had taken of her, she was clear how she wanted to be captured which really helped me." 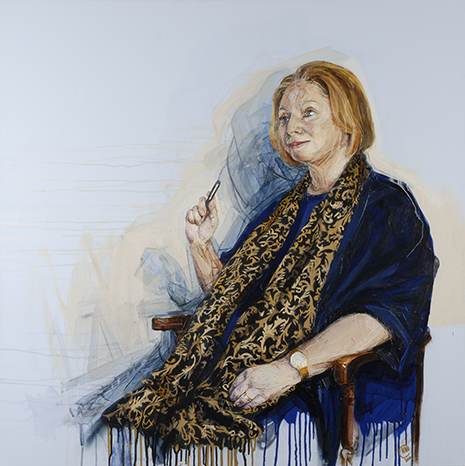 Nick attributes the starting point for his obsession with all things artistic to his GCSE year at The Bishop of Llandaff Church in Wales High School in Cardiff, when he was able to experiment and developed a particular interest in drawing the human form. He then went on to do a foundation course at Glamorgan College of Art and Design before graduating with first class honours in fine art from Kingston University in 2011.

"Once the portrait was unveiled, it really sunk in that I had won the competition," Nick said. "I'm taking each day as it comes but I've had quite a few commissions for portraits which is good and I'm hoping to be able to capitalise on this success."

"Nick Lord is the well-deserved winner of the first Sky Arts Portrait Artist of The Year and this picture, now part of the art collection in the British Library, is testament to his artistic endeavour and skill," Sky Arts director James Hunt said. "While its permanent placement marks a legacy and a celebration of our greatest living author, it marks just the start of what Nick, as an upcoming artist, has accomplished by winning the competition."

The documentary Sky Arts Portrait Artist of the Year: Painting Hilary Mantel is available on demand on Sky Go.The completed portrait is now on display in the British Library. 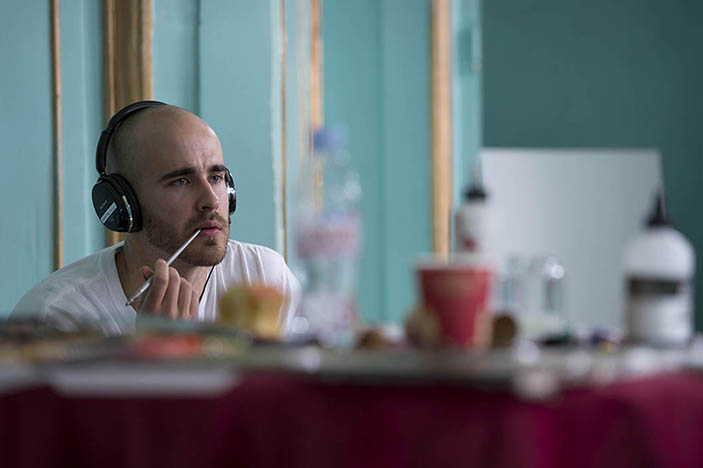