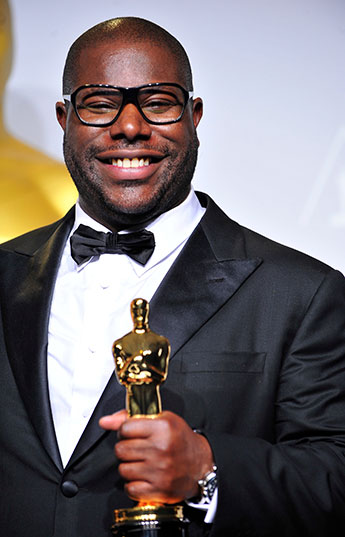 With his film 12 Years a Slave winning three awards at this year's Oscars, including the coveted best picture gong, British director Steve McQueen has become one of the world's most talked-about new film makers. For Kingston University Professor Will Brooker, however, McQueen's meteoric rise is no great surprise. In the early 1990s, he crossed paths with the then-Goldsmiths College art student as he made his first exploration into the world of film.

"I met Steve McQueen when he was on the cusp of becoming a film-maker," Professor Brooker explained. "I was doing a postgraduate course which saw each student direct a short film that would become their industry calling card. We all helped out on each other's projects and one day a young man who was studying fine art asked if he could join us as he wanted to learn about film-making. The student was Steve McQueen and, in hindsight, this was a crucial point in his career."

Professor Brooker, who teaches film and cultural studies at Kingston University, has published extensively on such cultural icons as Batman and Alice in Wonderland and is now turning his attention to a new book on pop icon David Bowie. He remembers the young McQueen as friendly but also intense and thoughtful. "Steve was quiet and serious, deeply committed to his art," he said. "I think this character is reflected in the feature films he's directed so far - none of which could be described as light-hearted."

McQueen's first movie, 2008's Hunger, which won the Golden Camera award for the best new director at the Cannes Film Festival, told the story of IRA hunger striker Bobby Sands, played by McQueen's regular collaborator, actor Michael Fassbender. The follow-up in 2011 of the Golden Globe-nominated Shame dealt with the theme of sex addiction.

Last year's 12 Years a Slave is his most successful movie yet - despite being no less unflinching in its portrayal of uncomfortable topics. At Sunday night's 2014 Academy Awards the film - an adaptation of the memoir of black, New York- born Solomon Northup, who was kidnapped in 1841 and sold into slavery - scooped three Oscars and made history when McQueen became the first black director to win the prestigious best picture award. The film also won best adapted screenplay for its writer John Ridley and best supporting actress for Lupita Nyong'o for her portrayal of Solomon's fellow slave, Patsey.

"McQueen uses a sustained long take as a motif in his work - he won't cut away and is committed to shooting difficult and sometimes unpleasant scenes, which ties in with my sense of him from 20 years ago," Professor Brooker said. "He's unapologetic in what he shows. I remember him as a powerful presence, someone who stood and watched, just observing and absorbing things. I can definitely see the person I knew back then in his work today."

McQueen's ascent to Oscar winner so early in his feature film-making career was all the more impressive, according to Professor Brooker, since he began his career in the world of fine art, winning the Turner Prize in 1999. Even then, though, the influence of film was clear as his prize-winning piece was a video installation called Deadpan - a homage to legendary silent comedian Buster Keaton. 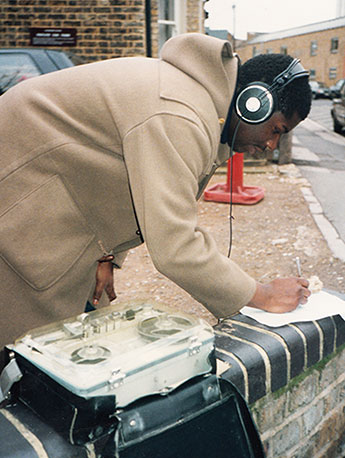 ssor Brooker said having a foot firmly planted in both creative camps had clearly had an influence on McQueen's film-making. "He's brought a fine art sensibility to cinema and film is the tool for his art," he added. "His earlier films were shown in galleries and he still seems to approach his films very much from that perspective."

Although their acquaintance was brief, McQueen left a lasting impression on Professor Brooker who said that while he didn't expect McQueen to remember him, he felt he'd played a small role in the director's rise to fame. "When I did my postgraduate course, I decided to specialise in learning film sound, even though it was one of the less glamorous or popular aspects of film-making, because it was a way of ensuring my skills would be in demand from other students," he said. "The photo I have of Steve from that time is of him working on sound - so although I don't specifically remember showing him the ropes, I like to tell myself I might have had some very modest influence on his career."

His memories of helping McQueen may have faded but Professor Brooker said there was one that remained clear and which, more than two decades later, seemed prophetic. "We used to make jokes about Steve's thirst for knowledge on film-making and about him having the same name as a famous actor," he reminisced. "He took the ribbing in good spirit, but said that one day when people talked about ‘Steve McQueen', he was going to be the first person they thought of."