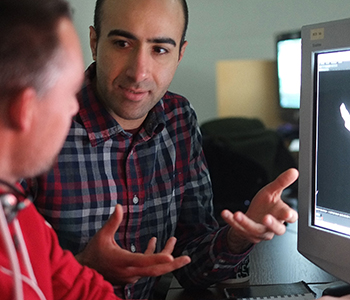 The film industry has acknowledged the special visual effects (VFX) in the film Gravity by world-renowned film director, Alfonso Cuaron.

The film took five years in the making with 80 per cent of the film using special visual effects. It went on to win the BAFTA and the Oscar for visual effects, amongst many others, and the movie was credited for its immersive viewing experience.

Production on the film was undertaken by visual effects company Framestore; including Kingston University graduate Sam Salek who led many areas in the process.

Sam, who graduated from Kingston in 2009 with a BSc in Media Technology, highlighted the importance of teamwork with specialist skills:

"My role was to lead the stereo conversion. A great deal of people worked on Gravity and consisted of artists from different departments; from Prep Station, Paint and Roto, Tracking, Animation, Lighting, Effects to Composting and Production. My role was positioned between the Paint and Roto and Compositing teams."

Watch a video on YouTube to find out more about the production.

Sam discusses the challenges in the production of Gravity:

"Although Gravity was designed for stereo 3D, the complexities of the very unique way of filming made it difficult to shoot it in native stereo and it was decided that the movie needed to be post converted from the very early stages of production. Framestore took on the majority of the work and all of the exterior shots along with a few interiors that were converted in house. In most shots the only real thing you see are the actors Sandra Bullock and George Clooney's faces, which we had to convert and prepare for stereo 3D viewing, where everything was married with the computer generated images."

"Having been through a similar process in Harry Potter and Deathly Hallows Part 2 I was asked to come up with a solution and after presenting an initial workflow to compositing supervisors of the project, Mark Bakowski and Anthony Smith, I was put in charge of the task and leading the process. I had to come up with a solution that could be easily adopted by a large number of artists and shots to provide a consistent result."

"I designed a series of tools for creating and reviewing depth maps, which is the representation of the distance of an object in 3D space from the camera and what is essentially the foundation of the post-conversion process, and trained the artists to use them." 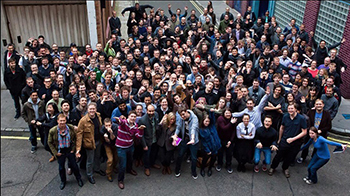 Explaining his role in the visual effects production of Gravity, Sam said:

"The first stage of the process was generating depth maps that were done by our very talented Paint and Roto team. As well as leading the Paint and Roto team, I also led a team of compositors for the final stage of the process where everything was placed in the right 3D position and fine-tuned. During the project I had the opportunity to work with compositing supervisors Mark Bakowski and Anthony Smith, Tim Webber, Gravity VFX supervisor and Chris Parks, stereo supervisor as well as many other talented artists which made this such an invaluable experience."

Commenting on the contribution a visual effects production team makes to the film industry, Sam highlights:

"It is a team effort and everybody plays a role. Visual effects play a much bigger role nowadays, creating endless possibilities for the creative minds and with that changing some aspects of the traditional filmmaking process. This deserves a little more credit by raising general awareness of what VFX contributes to a film. At the end of the day everyone (from the filming studios, the creative team and the visual effects houses) has the same goal – creating beautiful images."

Find out more about studying for a career in special effects at Kingston University: 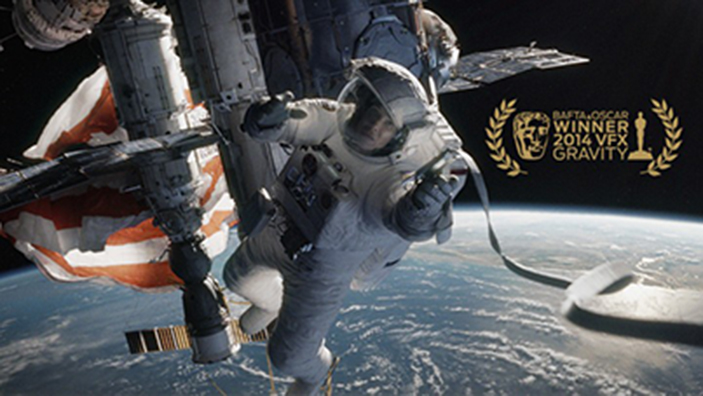