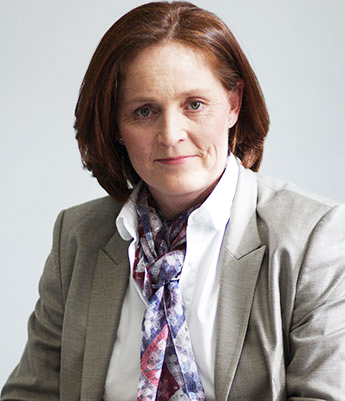 "We are going to be outstanding" – that was the commitment from the recently appointed principal of Kingston's first free school.

Sophie Cavanagh, currently deputy headteacher at Graveney School in Wandsworth, has been recruited to head the staff at The Kingston Academy when it opens in September 2015. The school will be run by the Kingston Educational Trust comprising of Kingston University, Kingston College and Kingston Council. It will be based at the North Kingston centre site where Tiffin Girls' School was situated until 1987.

Miss Cavanagh, who lives in North Kingston and is a former Tiffin school girl, said she felt truly honoured to take the helm of the new venture. "The opportunity to establish an outstanding school not only in the community where I grew up and now live, but actually in the very building where I was myself educated, is a huge privilege," she explained. "This school is now a reality thanks to the strongly articulated vision presented by the Kingston Educational Trust - a vision I believe in and which I am determined to deliver."

The former Surrey hockey player said The Kingston Academy would specialise in science, technology, engineering, maths and communications. "We will cater for all students' interests and abilities whether that's in the arts, sport, social sciences, humanities or languages. Our specialisms will underpin and strengthen provision and achievement across all curriculum areas," she added. "This will be a community school where every student will be well supported and nurtured. We also want our pupils to be great communicators and, above all, happy, resilient individuals who, when they leave us, will be well prepared to go on and further their education or enter the working world. This is an ambitious objective but I believe this is what our pupils deserve – a world class education on their doorstep."

Miss Cavanagh, who graduated from Southampton University, began her teaching career in Hampshire. She will take up her new role this September and said that her biggest challenges were to recruit the right staff and build a school which matched the needs of the area. "I understand it's a difficult decision for parents to send their children to a new school which doesn't yet have a track record," she said. She pointed out that the  school was, however, backed by Kingston University and Kingston College, which had both been providing excellent education for many years, along with Kingston Council which already managed many of the borough's most successful schools.

"The new school couldn't have a better pedigree," she said. "We are in a position to offer our students unrivalled resources and access to some quite exceptional educational experiences which will mean that we really are able to go beyond what other schools can provide.

The Kingston Academy would benefit from all the experience and resources Kingston University had to offer and it would therefore be central to the school's future success, Miss Cavanagh said. "It's fantastic that we'll be able to access both lecturers and students," she added. "The students, in particular, will really help to raise the aspirations of the children in our school and there is even a possibility that we will be able to work with some of the trainee teachers from the University."

The Head of Kingston University's School of Education Andy Hudson said Miss Cavanagh already boasted a distinguished educational career and would be a great leader. "I'm delighted to be welcoming Sophie to the Kingston Educational Trust and look forward to working with her to develop and run a very special school for North Kingston," he said. "We were keen for the principal to be appointed early so they could work with us for a year before the official opening. This is critical because Sophie will now be the face of The Kingston Academy and will be responsible for building a relationship with the local community."

Mr Hudson said there had already been a great deal of interest shown in the new school. "This is the most exciting educational development in Kingston for a very long time and is desperately needed," he added.

The Kingston Academy's first intake of 180 students, who will currently be in Year 5 at primary school, will start in September 2015.