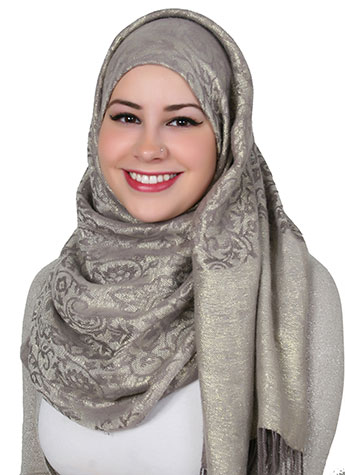 A former Kingston University student is hoping to bring a new level of public understanding to the war in Syria through her debut book 'The boy from Aleppo who painted the war'. Described by the Times newspaper as 'a moving first novel written with an insider's knowledge of the land and its people' - it was written by Sumia Sukkar, 21, who graduated from Kingston last year with a creative writing degree.

Sumia is of Syrian-Algerian descent so feels a personal connection to what has been happening in the Middle Eastern country and her novel, published by Eyewear Publishing, tells the story of conflict through the eyes of 14-year-old Adam, who has Aspergers Syndrome. Adam expresses his feelings through painting as he tries to make sense of the chaos and destruction around him.

Although Aspergers was not a condition of which she had any personal experience before she began writing the book, Sumia said she carried out several months' worth of research and even attended some autism support groups. She specifically created Adam as the protagonist for the story because of the different perspective he could bring. "I wanted to look at this terrible situation through the eyes of a delicate and innocent young man," she explained. "For me, it was important to portray Syria without judgment by revealing it from the point of view of a pure mind - Syria deserves this much."

Putting herself in the head of a teenage boy with such a specific condition living in these extreme circumstances was a challenging task for a first-time novelist, but Sumia said that once she had got going she had become totally immersed in the story. "Adam wrote himself, really, he just appeared on the paper," she admitted. 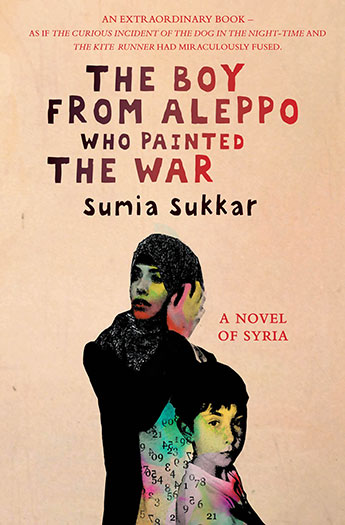 People with Aspergers tended to be dependent on routine so for a character like Adam the turmoil of war would be even more disruptive, which was another reason for making him the narrator, Sumia said. Adam's use of painting as his form of expression was also key because of what it revealed not just about him but about society as a whole. "We all have a dark corner in our mind and I wanted Adam's to come out through his paintings," she added.

Although the ongoing conflict means Sumia has not managed to get a copy of the book to her relatives in Syria, she said they were aware of it and many of the incidents in the story were based on real-life events. She also stressed that it was important the story was written while the war was still going on. "Amid the news and politics I wanted people to read a book about both the beautiful and ugly sides of Syria," she said.

Eyewear Publishing director and internationally respected poet and critic Dr Todd Swift was one of Sumia's lecturers at Kingston. He said it had been no surprise to him that her work had been so well received. "In my seven years at Kingston I read many hundreds of students' work and Sumia's writing stood out as among the best," he said. "When she first showed her novel to me as a work in progress, I was incredibly impressed by her steely determination so I gave her a tough deadline and the incentive of a publishing contract to inspire her still further. Most writers would panic when faced with that but I knew she was motivated and, within a year, the book was finished and ready for publication."

Despite the brutality of the story's setting, Dr Swift said Sumia's skill as a writer allowed for plenty of varying emotions and moods in the book. "She's a poet and some of the best moments are where she lets her imagination really run free," he explained. "Despite being a story told in a war, she knows how to weave in humour, romance and suspense to keep it readable. It's also a very positive depiction of Muslim family life." 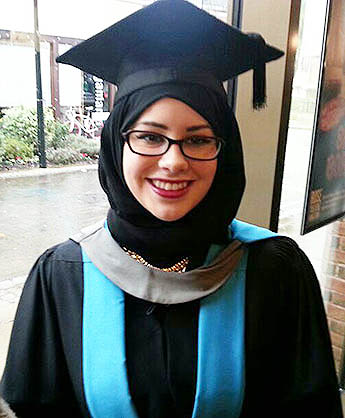 Although her debut novel is told through the eyes of a child, Sumia said it was not aimed at children and a sequel was just one of several books she planned to produce. "I am comfortable with a number of different genres," she said. Much of that adaptability was as a result of what she was taught on her writing degree. "The Kingston course definitely shaped my writing style and much of that was specifically down to the lecturers and the feedback and encouragement I got from them," Sumia said. "It really helped to spur me on and find my voice. The diversity of modules was great too as some of them were really challenging which meant I was able to stretch myself."

During her time at Kingston, Sumia's favourite course subjects were poetry and independent writing and she said the lessons learned during her student days had kept coming back to her as she was writing the book. "I could hear some of the advice we were given in my head as I wrote," she explained. "What has particularly stuck with me, and has perhaps made the biggest difference to my work, is the notion that 'writing is re-writing'. Continual self-editing may not sound like much fun, but being your own harshest critic is one of the most effective ways to improve as a writer - and that's something Kingston definitely taught me."