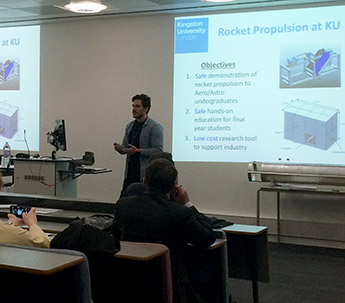 Kingston University's School of Aerospace and Aircraft Engineering has hosted the first UKLaunch symposium, an initiative that could see the University help develop a low-cost satellite launcher for the UK space industry.

The symposium brought academics, students and industry representatives together to examine how the UK can get involved in the 'low-cost access to space business'. Speakers included representatives from the UK Space Agency, Civil Aviation Authority, Reaction Engines, Surrey Satellite Technology Ltd, and Nammo AS alongside Kingston staff and students.

Kingston students impressed the symposium with their knowledge. Jack James Marlow, PhD Rocket Propulsion student, explained the features of the rocket lab at Roehampton Vale, including the modular, bi-propellant rocket engine he developed. This is used by Kingston students and can also be employed in research and consultancy activities for industry.

At the symposium Newton Launch Systems shared its research findings, while other speakers discussed the technological options, economics, politics and UK supply chain capabilities involved in the development of a small UK satellite launch vehicle similar to a 21st century commercial version of the BLACK ARROW. 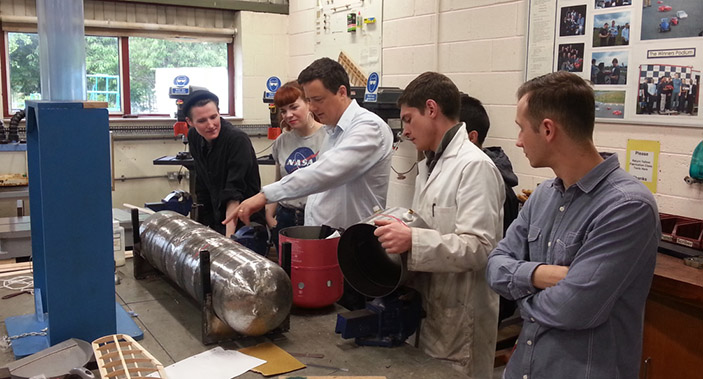 The eventual aim is to create a consortium that shares the vision of a UK launch into orbit no later than 28 October 2021 - the 50th anniversary of the British satellite carrier rocket BLACK ARROW and its payload, the satellite Prospero.