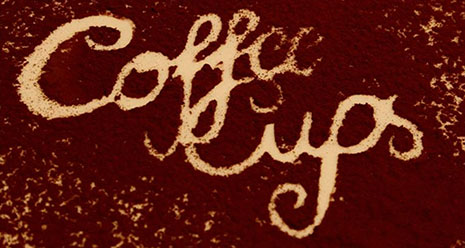 A Kingston University student has wasted no time putting his degree skills into practice by writing and directing his own play - and setting up a production company - while still only just completing the second year of his degree.

Music and dance student James Hall, 20, from Scunthorpe, created Off the Couch Productions to put on his play Coffee Cups, which ran at Hampton Hill Playhouse earlier his year. He is no stranger to a heavy extra-curricular workload, having launched a children's choir in the first year of his studies and regularly working as a rehearsal pianist and accompanist with local theatre groups. "I'm someone who can't just sit around - I have to have a project on the go," he explained. "In the past I've had pieces in festivals like the International Youth Arts Festival, but there, if you write something, you have to give up control of aspects such as the venue and promotion. I wanted to keep that in my own hands so I decided to do this all myself."

Coffee Cups is a series of six duologues set in a cafe, with a variety of characters discussing the trials and tribulations of their different lives. The cast and crew comprised a mix of Kingston students, members of Youth Action Theatre and local residents. Although it was an independent production, James said the University connection clearly helped pull people in. "We had a lot of interest from people outside the University who wanted to get involved," he said. "Kingston's drama department seems to really put itself out there and I think people are attracted to that." 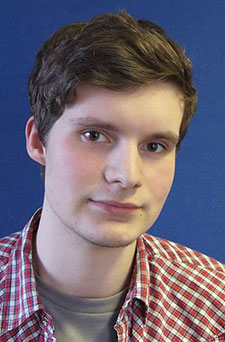 As well as being a chance to showcase James's creative skills, putting on Coffee Cups allowed him to demonstrate his knowledge of the business side of drama. The production was self-financed, with everyone involved contributing £30 to the budget and any profits being shared out equally, giving those involved a major incentive to promote the production and make it a success. This approach had seemed to work well, James said, as participants did receive a return on their investment.

"Next year on my course we will learn more about the business side of theatre but I've already picked up a lot of that knowledge from being involved in amateur dramatics back home and working during my degree," James explained. "Recently I was the rehearsal pianist for a production in Southfields and I got to observe the whole process, from auditions, management and budgeting through to the technical and scenery production. These are all vital aspects you have to know about if you want to stage productions successfully."

James has been quick to put the skills learned on his degree course into action and is currently in the process of writing two more plays. "One of these is for Youth Action Theatre's Winter Festival next year and is a sequel to Coffee Cups set in an airport lounge and provisionally titled ‘Boarding Passes'," he explained. "It will be another Off the Couch production and will hopefully see the return of some of characters from Coffee Cups that seemed to strike a chord with our audiences."

Not satisfied with juggling his final year studies with writing and producing new plays, James is also planning a tour around Teddington, Walton, Kingston and Sunbury in summer 2015 and is looking to take Coffee Cups to a small studio theatre in central London.

Getting so much experience under his belt while still a student had given him a vital insight into the post-graduation world and was shaping his future career choices, James said. "There's a tradition of teaching in my family and that's something I might consider pursuing," he added. "Funding my degree by working has been very useful. It's made me realise I couldn't survive in London on the kind of money I'd make performing - lots of people seem to think a job will just jump out at them after they get their degree, but I've already seen what life's really like. That's why teaching is also quite an attractive option."

The tuition and support he received from his Kingston lecturers played a big part in his grounded attitude towards life as a performer, James admitted. "The course really gives you the chance to experiment and demonstrate the skills you've acquired," he said. "One of the most useful things we learn is networking - how to find out what's going on and get yourself known, which is a vital skill in the theatre world." The dance and music departments were continually offering student opportunities to get involved with outside projects, James said. "The teaching staff are really interested in what we do - my dance lecturer Jason Piper always wants to know what I'm up to and he tries to support us all by coming along to as many performances and productions as he can." 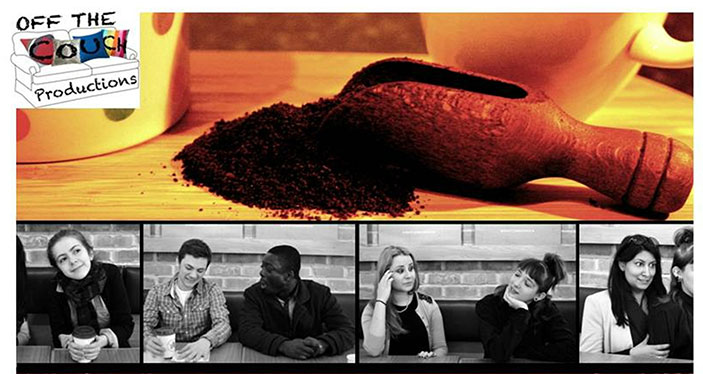