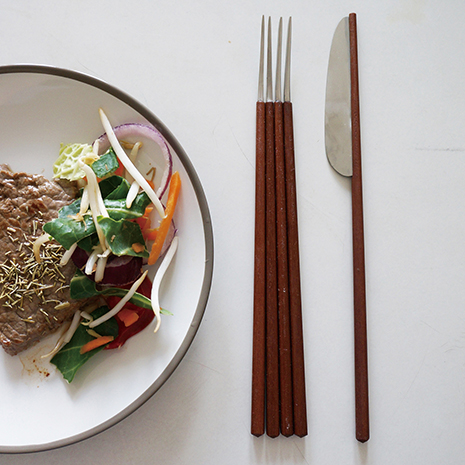 When it comes to cultural differences between the Far East and Western world, cutlery and dining rituals would probably come high on the list for many people. A Kingston University student, however, has attempted to bridge the gap by fusing cutlery from both cultures to create a series of hybrid eating utensils.

Product and furniture design student Wenjing Lai, who hails from Shenzhen City in China's Guangdong Province, created variations on the traditional items for her latest project by combining chopsticks and spoons used in the East with forks, knives and spoons from Western dinner tables.

The 23 year old came up with the idea for her "Wesiental" collection after a Chinese friend underwent plastic surgery to look more Western. This prompted her to spot examples of people in this country who had changed their image to appear more oriental. "I wanted to concentrate on something very typical that represented the two cultures," she explained. "I didn't want to use clothes, though, so I decided to focus on cutlery and dining rituals as these are so distinctive both in the East and West. I first created a fork with the traditional metal handle, but replaced the teeth with bamboo - a material that is often used to produce chopsticks. This then led to a series of cutlery that has been merged in terms of material, form and function." 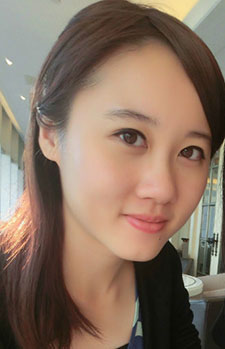 ach Wesiental utensil combines Eastern and Western characteristics with some more akin to chopsticks while others performing like knives and forks. Materials were mixed and matched so chopstick-shaped items were made in stainless steel, and knife and fork handles were produced in bamboo. Clay, beech wood and red wood were also utilised to create the hybrid cutlery, mostly joined by hand.

The budding product designer, who makes her own bags and clothes in her spare time, admitted that her original intention was for the cutlery to spark debate, but also believes that her creations could be manufactured for daily use to give people an entirely new and international eating experience.

"At the beginning of this project, my aim was just to help others acquire a better understanding of my culture but when I told people what I was planning to create, they often asked me if the items could actually be used and the project really grew from there," she said. "The ease-of-use depends on how familiar people are with using both types of cutlery. It also depends on the type of food eaten."

The third year student is going on to do a Masters' degree in management of innovation. "I am proud to have been a design student at Kingston," she added. "The support and trust that I received during my three years was amazing."

Senior product and furniture design lecturer Carl Clerkin said Wenjing was the most proactive student he had ever taught. "She was hard-working and always delivered beyond expectation with her work," he said. "I was particularly impressed by the way she approached her final project and the way she fused the utensils from both cultures while still keeping functionality in mind."