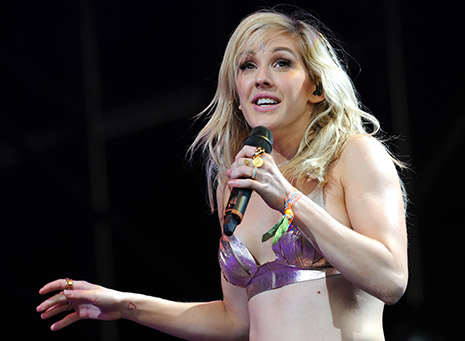 The star, who was the most-watched Glastonbury act with 940,000 televison viewers, wore the 23 year old‘s cut-out top with black leather hotpants as she bounded around the Other Stage at the festival. Sadie designed the garment during her final year at Kingston as part of a womenswear collection, which included a shimmering dress made of 2,000 copper plumbing brackets that saw her named runner-up in Graduate Fashion Week's award for innovation last year.

Sadie, from Mirfield in West Yorkshire who graduated from Kingston University in 2013, watched the 27 year old's performance on the last day of the festival on TV and admitted it was a surreal experience to see the singer-songwriter, who has sold millions of albums worldwide, wear something she had designed. "It was incredible to think how many fans would have seen the top," she said. "Ellie Goulding looked great on stage and absolutely rocked the look she was going for." 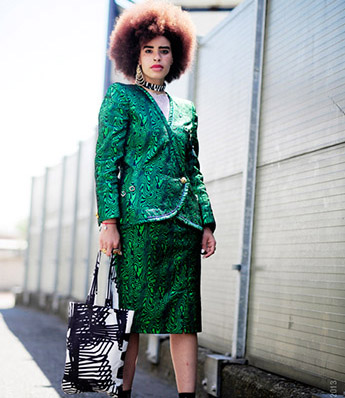 Sadie said a stylist earmarked the top for the BRIT award winner to wear on stage at the festival, which attracted more than 175,000 people, after discovering her collection. "We weren't sure whether it was going to fit her but, a few days later, I received a text saying that Ellie was wearing it," she explained.

Course director for BA(Hons) Fashion Elinor Renfrew said Sadie had displayed a strong design talent throughout her time at Kingston University. "This is the second time our fashion students have caught the eye of an international pop star - two years ago Lady Gaga wore an outfit created by Kingston graduate Lydia Stedman," Mrs Renfrewadded. "It goes to show top stylists are definitely keeping tabs on the work our students create."

Clayton, who set up her own label Sadie Clayton Limited, is now gearing up to showcase her spring/summer 15 collection at London Fashion Week 2014 on September 12 in the opulent surroundings of St Giles in the Fields Church in West London.