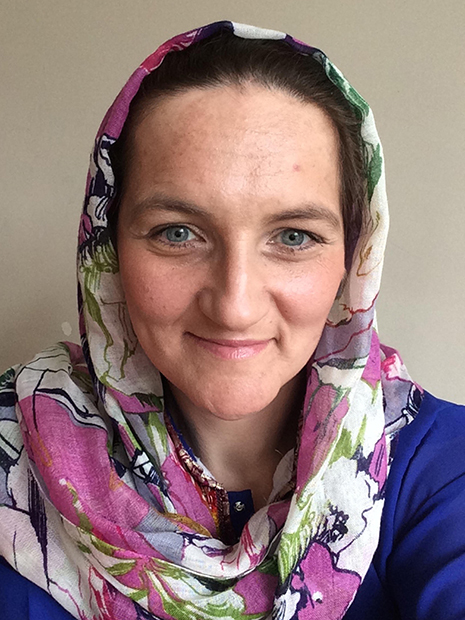 A mother of four who juggles a demanding degree with caring for her family has credited her international law LLB with setting her on the path to what she hopes will be an exciting new career - and has made a winning case for coming to Kingston University through Clearing in the process.

Malgorzata Hussain, 39, who is originally from Poland but has lived in the United Kingdom for 10 years, had initially signed up to study law with the Open University. However, shortly after beginning her course, her tutors singled her work out for particular praise and advised her to take up a traditional university-based degree course as soon as possible. Not wanting to waste any time, she got straight on the phone to Kingston University's Clearing hotline. "It was an easy, quick and hassle-free process and I only had to make two phone calls to secure my place at Kingston," she explained. "Now I just love my course, and I'm especially happy to be based at the beautiful, leafy Kingston Hill campus."

Life is hectic for Malgorzata as she balances her studies with looking after her four children, who range in age from three to 17, while working one day a week as a building society cashier. "It's tough at times but I know that it will all pay off in the end," she said. "When I'm at university, my husband stays at home with the children and I've managed to organise all my seminars and lectures to fall within three days so I can work as well. It's tricky, but I have had great support from my employer, who has reduced my hours to one day a week, and all the staff at the University, who have been incredibly flexible."

Eventually, Malgorzata hopes to pursue a legal career, either working as a lawyer for the European Union in Brussels or becoming a paralegal. "At first I was focused solely on becoming a solicitor but the careers talk the University organised really opened my eyes to the wide range of jobs out there," she said. "My brother is working for the European Union in Brussels, so I might even try to get some sort of legal job in the EU to keep that family connection."

Malgorzata has wholeheartedly thrown herself into university life, learning French on its language scheme, joining the mooting society and working as a student ambassador, which involves helping at Kingston University open days and sharing her experience of higher education with students at local schools and colleges.

Her advice for anyone in a similar position ahead of the coming academic year is to embrace the opportunities that higher education has to offer. "You won't be the only person to have come through Clearing," Malgorzata said. "Everything worked out perfectly for me and it can for you too."