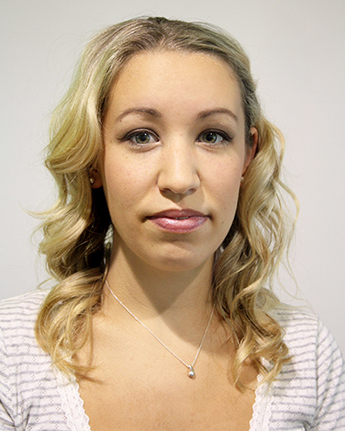 The smell of grease paint and roar of the crowd first attracted former singer and actress Talitha Booth to the world of work. Having trained in musical theatre in London, Talitha spent her late teens and early twenties appearing in productions of such popular shows as Chess and Jesus Christ Superstar in New Zealand. With the stage jobs drying up though and a strong set of A-level results in hand, Talitha decided the time had come for a change and set her sights on a career in human resources. "The theatre life can be a challenging one and, when work became thin on the ground, I knew I needed to find a new direction," 24-year-old Talitha recalled.

Through Clearing, Talitha was able to find a more flexible route into further study and take the opportunity to re-evaluate her academic and professional interests. "It was a bit of a last-minute decision to apply for a business management degree," she admitted. "But I liked Kingston University because of its positive reputation and its location, which I knew well having grown up in nearby Guildford."

Applying through Clearing had proved to be a straight forward process, Talitha said. "After doing some research, I went online and filled in all my details and, following a short wait, received a call from Kingston's Clearing team," she said. "I then had a five-minute phone interview and was lucky enough to be offered a place right there and then."

Talitha also has some reassuring words for students who might find themselves applying to university through Clearing this year. "You need to remember that there are lots of other people in your position and you can be confident that the Clearing process is quick and smooth. My only regret is that I didn't apply a year earlier," she said.

Since joining Kingston University, Talitha has immersed herself in campus life. "There really is nothing else like it - it's a fantastic experience," Talitha enthused. "Of course, it can be a bit intimidating at first, but the university ran an orientation workshop for students who had enrolled through Clearing to help us find our feet. We met with student ambassadors who told us about their experience of joining university and talked through common issues, such as money management and accommodation. I realise now that I needn't have been so apprehensive about starting."

Kingston's variety of theatre clubs has also allowed Talitha to remain in touch with her passion for the stage, while the opportunity to meet people and make new contacts has also been a welcome bonus. "The teaching, placements and people at Kingston University have all played a really important role in helping me move a step closer to my future aspirations," she said.