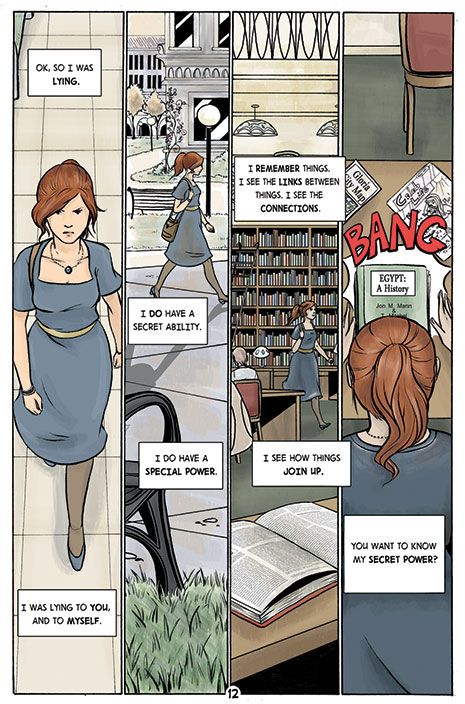 A comic book-writing professor from Kingston University says he takes it as a sign of success that his original collaborators are too busy to work with him as their online feminist superhero prepares to make her print debut.

Professor Will Brooker is one of the creators of acclaimed strip My So Called Secret Identity, along with former Kingston student Sarah Zaidan and graphic artist Susan Shore. After publishing four editions online, the fifth instalment will form part of a hard copy volume after the team raised £8,500 in pledges through a Kickstarter public fundraising campaign. "I've never made a penny out of the comic because that's not what it's about - I want it to be a platform allowing artists to showcase their ability," cultural historian Professor Brooker said. "Ironically, that's now happened to such an extent that the original artists are too busy to do the next episode."

Development of the strip first started in autumn 2011. Set in Gloria City, it features the adventures of Catherine Abigail Daniels, known as Cat, and has earned glowing reviews from many big names in the comic industry, with Ms Magazine describing it as "an antidote to the brawny chauvinists and busty sex symbols of mainstream comics". Professor Brooker said it was interesting that although it had begun digitally, the move to old fashioned print was still seen by some as the true sign of success.

"Even though being able to publish the strip online was a great way of getting it out to the public quickly and cheaply, there's still a tendency, particularly among artists, to want something physical in their hands so getting it into print was always at the back of our minds," he said. Issue one had been self-funded, Professor Brooker explained, and the next three editions had been paid for by donations which came in very quickly. "That told us there was an audience out there willing to pay more to find out what happened next," he added.

Appropriately enough, it was one of the strip's artists who helped the project reach its Kickstarter target. "It was particularly nice that Gary Erskine, who has drawn some images of Cat, was the one who pushed us over the finish line five days ahead of our deadline," Professor Brooker said. "The last hours were frustrating and we seemed to be creeping really slowly towards the target, so it's a relief to know the project can definitely go ahead." Kickstarter funding works on an all or nothing principle - if you fail to reach your target in the allocated time, you do not get a penny.

Professor Brooker said his project's longevity meant it had always stood a good chance. "The strip's had a presence for years so we weren't asking people to invest in cloud cuckoo land," he said. "It's clear we know what we're doing, and as an academic I lend some credibility and can act as a guarantor." 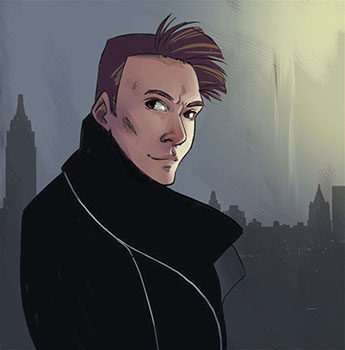 He said that for a project aimed at transferring from digital to print, social media and the online world had played a significant role. "I called a lot of favours in," he acknowledged. "I had retweets from a number of people in the industry and that also helped 'boost the signal'. I didn't recognise the names of many early donors but my impression was that my friends and colleagues were spreading the word out to their contacts. It didn't matter how it got out there, as long as it did."

Professor Brooker combines his unpaid work on the project with a busy teaching schedule at Kingston University's Faculty of Arts and Social Sciences and with the project's target reached he said he was considering taking some time out from it. "A lot of planning went into this because we wanted to make it a prestige product but it was much harder work than I expected," he admitted. "Putting together the Kickstarter took more than a month and while it was running I was promoting it every single day. I think everyone in my life and on my social media networks must be sick of me talking about it now. Maybe next time we do something we'll use a publisher rather than being self-produced."

Despite all his input Professor Brooker has made no financial gain from it - which, for him, is very important. "I've never been in it to make money - with my salary, that wouldn't be right," he said. "I just wanted the artists to be given an opportunity and by choosing to invest in us, people are effectively buying their copies in advance."

Professor Brooker said they would produce 500 normal editions and 300 deluxe ones for the bigger donors, with any spares being given to Geeked - an urban feminist magazine he is involved with - to sell. "They can keep the profits for themselves and their work. That way, people will get to read the comic and will also be doing some good," he added. "We're also donating to charities that work to prevent violence against women and support survivors. One of the reasons for doing this in the first place was that we felt we'd seen too much violence against women in comics, often just as a plot device. We want to make a difference to that in the real world. By joining us, our fan community become superheroines themselves." 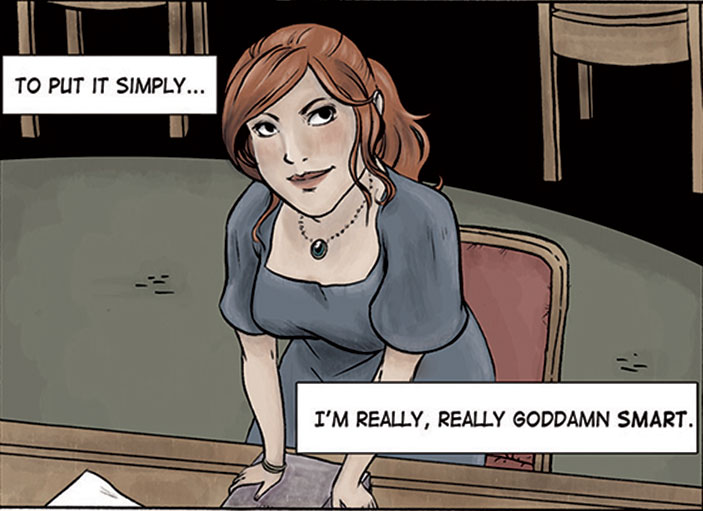