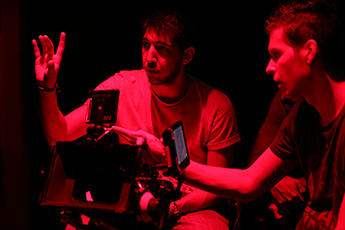 Kingston University graduate Spyros Kopanitsas (film and television studies, 2009) has walked away with the Best Producer of a Short Film award at the Madrid International Film Festival with his film, Level 2.

After graduating from Kingston, Spyros worked as editor for the Greek financial channel, SBC, before completing a master of fine arts at the New York Film Academy in Los Angeles, where he still lives.

"The combination of studies and work experience has given me valuable tools and the confidence to tackle any production worldwide, since the craft of filmmaking has no borders," he states. 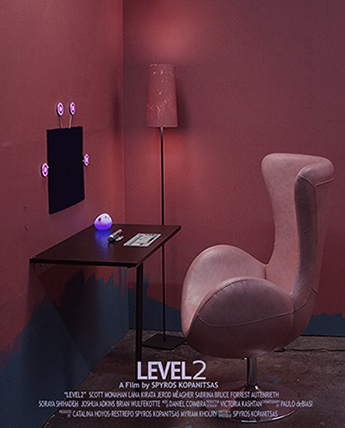 Spyros introduces his film, "Level 2 is set in a futuristic world where people are plugged-in 24/7 through a networking platform video game called 'The Place'. In this world, the protagonist, a humble boy invites a high-status girl out on a date, but when he doesn't have access to her 'level', he has to hack into the virtual bar they are supposed to meet at."

"It was great to receive this award in the directing category only a couple days after Level 2 had received the best producer award in Madrid."

Spyros attributed much of his theoretical knowledge to his time at Kingston, "I had a great experience at Kingston University and my years in England as a whole. It definitely boosted my interest in the field of film and television. The course focussed on the theoretical and analytical approach to television and filmmaking. Looking back, I realise how valuable those years were in terms of understanding the film language and gaining a deeper knowledge and appreciation of the filmmakers who inspired me while growing up."

Spyros' advice to anyone hoping to join the industry: "Let your imagination run wild!"