Professor Mark Fielder's reddit AMA - Questions on Ebola, antibiotic resistance and how to pursue a career in microbiology 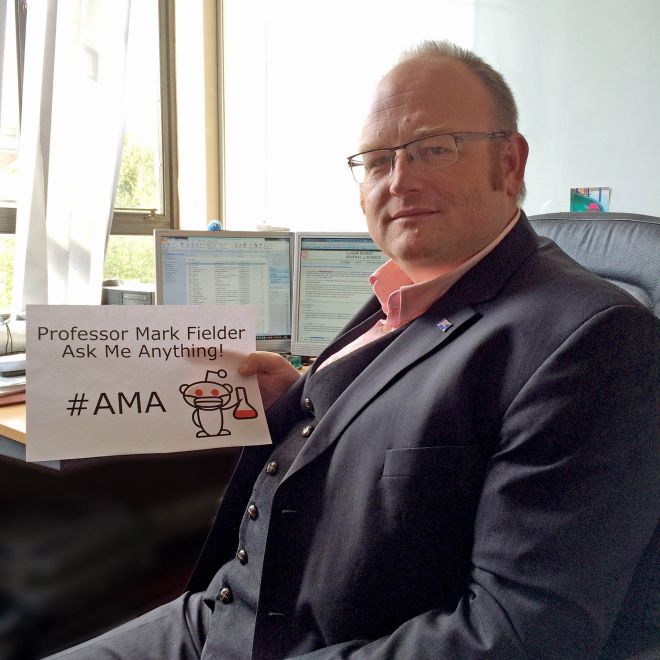 Professor Fielder prepares to answer questions from the reddit communityKingston University professor of medical microbiology and honorary general secretary of the Society for Applied Microbiology, Mark Fielder, recently took part in a live Q&A on reddit. Mark invited redditors (community members) to pose questions on subjects ranging from the Ebola outbreak in West Africa, to the growing resistance of infections to antibiotics, vaccination or anything to do with the spread and control of infectious diseases.

Reddit is the self-styled ‘front page of the internet', a vast online community with over 170 million visitors per month. Mark's AMA generated over 400 questions and comments and was ‘upvoted' to the front page of reddit.
Below are 10 questions and answers selected from the AMA, or read the full exchange on reddit.

Redditor: Realistically, what are the chances a disease that behaves like Ebola triggers a widespread outbreak in a westernized country like the US?

Mark Fielder: Frankly, quite unlikely due to the fact that some countries are lucky enough to have very well tested and robust infection control programs, as well as international disease surveillance systems that help alert people when a disease moves or spreads. This is the basis of the science of epidemiology.

Redditor: Do you think the severity of an ebola outbreak in a major country is being downplayed or are people overreacting? Can you clear up some common misconceptions about how it is spread and how infectious it can be?

Mark Fielder: There is a lot of fear surrounding infections such as Ebola. It is important to make sure common sense is applied to ones reasoning when looking at the facts. It is clear that the situation in the affected African countries is difficult to say the least. However elsewhere in the world the situation has been and remains contained. As far as how ebola is spread, contact through bodily fluids is the main route of infection. Ebola DOES NOT spread via aerosol, IT IS NOT airborne so direct contact is how spread is likely to take place, not via other routes.

Redditor: Hello there! I hear the phrase "spread through direct contact" a lot lately. Can you tell us what constitutes direct contact? And also how long this particular virus survives on a wet and/or dry surface after the infected party has graced it with their bodily fluids? Thank you for your work. 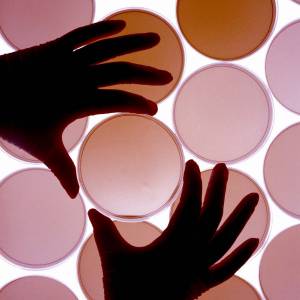 Mark Fielder: Direct contact means, essentially, exactly that! You have contacted a surface that has been in touch with material contaminated with the virus. The length of time the virus remains viable will depend on the viral agent in question and the nature of the material within which it finds itself. For instance if the viral agent is in material which protects it from harsh environmental conditions, its capability to remain viable might be longer than if the protection afforded is less. Some lab studies indicate that [the]survival of Ebola on porous material like fabrics is quite short lived, whilst on hard surfaces that have not been cleaned the virus can be detected for a few days. However most studies show that the virus does not remain viable for long outside the body...

Redditor: From all biological threats the growing resistance of infections to antibiotics seems to be the most scary to me. I've heard that drug companies don't want to produce/research any new antibiotics because it's not profitable. Is that true? Or have we run out of possible antibiotics (is there a limit?)? What to you consider the biggest threat?

Mark Fielder: We do have an important situation on our hands with regards to antibiotic resistance. We need to very quickly make sure we only use these drugs where they are most appropriate and where they are likely to have the best effect. For instance, we should not be treating infections caused by viruses with antibiotics as they are not designed to work on viruses, only bacteria. We have a shortage of new antibiotics coming through the pipeline and one reason might be that these drugs are expensive to produce and only represent a small return for the developing company. This is why it would be good if globally we could get governments to offer incentives to help get more antibiotic development work undertaken.

Redditor: What do you think the biggest factor in the growing resistance to antibiotics is? The overuse in animals or the overuse in humans? 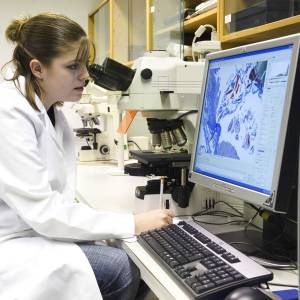 Mark Fielder: Misuse of antibiotics is a major problem in terms of developing resistance. We need to ensure that we only use an antibiotic when it is right and appropriate to do so. Making sure we use the correct antibiotic for the correct organism. This is true in both the human and animal sectors. We also need to make sure people understand the importance of taking a full course of antibiotics when they are prescribed. If we look after our antibiotics then they will look after us for longer!

Redditor: Why are some bacterial infections like Lyme Disease so difficult to target and eliminate with antibiotics?

Mark Fielder: Some bacteria have different target types that may or may not be easily exploitable, so on occasions this might mean that an infection caused by a certain type of organism might be a little more tricky to treat. This is why we need to maintain research and surveillance on organisms and their changing capabilities.

Redditor: How would you persuade the pharmaceutical industry to make more investigation in new antibiotics? Do you have any researches from new antibiotics that you found, and if so would like them to be commercialised ASAP. If the answer to my question number 2 is yes, have you used those antibiotics on yourself when needed? 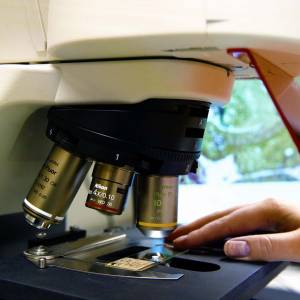 Mark Fielder: I think we need an international effort to offer inducements to companies to produce new antibiotics. Something like tax breaks or something similar - that is really one for the politicians. Remember it takes a great deal of time and money to get any drug to the market. In the case of antibiotics they are probably only going to be used for up to 7 days in most cases. Something like a blood pressure medication could be used for the life of a patient. The financial returns are clear. We need to remember this is not a cynical decision - companies need to make a return on their investment so perhaps politicians need to help globally!

On starting a career in microbiology...

Redditor: Hi! I'm currently in university studying biochemistry and I'm very interested in the study of pathogens. How did you enter that field of science and is it difficult to accomplish?

Mark Fielder: I started working with pathogens as a biomedical scientist in a hospital during my degree vacations - really enjoyed the fact that these little organisms can be so persistent and troublesome- wanted to do something about that and the rest has and will become history. Study hard, follow your dream and embrace being a Geek #geeksarecool.

Redditor: Can you explain like I'm 5 why viruses aren't alive? What are they exactly? Where do they come from? If they're just bits of genetic material, does that mean that they are broken off of our DNA from a long time ago? 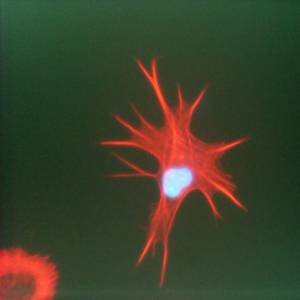 Mark Fielder: Essentially we refer to viruses as active or inactive. This because a virus needs a live host cell to undergo replication - without this it can't replicate. Also they don't make their own energy - that is to say they don't undergo respiration. An active virus can use a host cell to successfully replicate, an inactive virus cant! Simplistic but I hope answers your question.

Redditor: What does the future of fighting diseases look like? Genetically tailored medicine? Nanobots?

Mark Fielder: I will be honest I think I am more encouraged than I have been for a while. Decision makers and policy makers are having these topics raised to the top of the agenda and they are starting to listen. We need to respectfully keep the pressure up!

Note: Typographical errors and spelling mistakes from the original reddit Q&A have been corrected.