Jessica Farrugia was one of a 12-strong party of Kingston University student and graduate volunteers who spent three weeks in India as part of a new initiative backed by the Lebara Foundation. Initially not sure quite what to expect, the BA(Hons) English Literature graduate, who has now returned to the books to complete an MA in the same subject, recounts how she was particularly touched by the children she met during her stay. 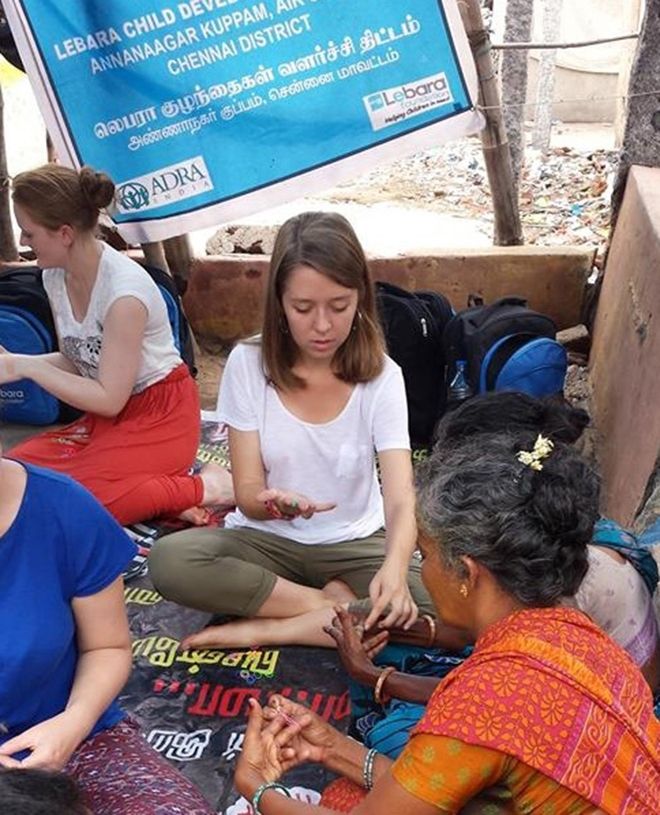 MA English Literature student Jessica Farrugia worked with people displaced by the 2004 tsunami during the Lebara Foundation-sponsored visit to India.Before taking part in Kingston University's pilot volunteer project in India, I'd never travelled outside Europe and I'd never worked with underprivileged communities. Although I was excited about the opportunity to embrace a new experience, it wasn't until after I'd been accepted that I began to think about the realities of the project - the visa application, the vaccinations, the pre-departure sessions, the fundraising, the flight, and that's all before I'd even set foot in India. Luckily, the Lebara Foundation, which was sponsoring the project, had organised three orientation days to cushion our arrival in Chennai, which allowed our group to get to grips with the schedule and to recover from jet lag. During those three days, we visited each of the three sites where we would be working over the coming weeks - two of which were refugee camps inhabited by families displaced during the Sri Lankan civil war.

I'd imagined that we would encounter some reservation amongst the communities when we arrived. Instead, we were greeted with enthusiasm and kindness and I found it difficult to process the tragic circumstances that had led to them seeking refuge. The children, in particular, prompted an immediate reality check. I'm not sure how I'd expected them to behave, but any preconceived ideas that I may have had were completely dashed after spending 30 seconds in their company. They were loud, playful, cheeky and, most of all, curious.

My favourite site was a school in Gummidipoondi, where we taught activity-based lessons in English. I felt slightly nostalgic while messing around in the school playground and, much like my childhood self, looked forward to break time, during which the children seemed to allocate one volunteer per friendship group. I was claimed by a little girl called Mehsi and around 10 of her friends, most of whom were aged 10 to12. In a quiet spot on the classroom veranda, the inquisitive youngsters would huddle around me each day for a session of girl talk. We'd share compliments about each other's jewellery or the colour of our nail varnish and they'd giggle and shake their heads as I tried to convince them that I wasn't wearing contact lenses and that my eyes actually were the colour of the sky. 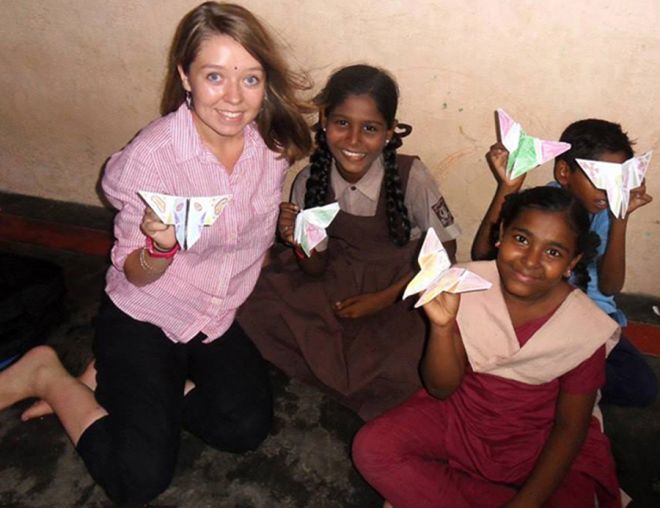 MA English Literature student Jessica Farrugia cherishes memories of the children she worked with during the Lebara Foundation-sponsored visit to India.After a few days, Mehsi and her friends decided to attempt to teach me to speak Tamil and, much to their delight, I managed to retain enough words and phrases for them to show me off to their schoolmates. In fact, the girls were so patient and thorough in their teaching that, by the end of the three weeks, I was able to hold basic conversations in Tamil, although unfortunately I've now forgotten most of what I learned.

During my last few days at the school, I noticed that whenever the girls called my name, Jessica, they added an extra ‘aca' sound at the end. I initially thought that they were making fun of me in their typically cheeky manner, until I recognised the sound, which they had blended so seamlessly with my name, as one of the words I had been taught - sister. Although it may seem like an insignificant gesture, those three letters moved me more than any of the heart-breaking stories that I'd heard during my time volunteering. When I think about it now I can't help but feel a twinge of regret that I had to leave after only three weeks.

When I returned to England and excitedly told my family and friends all about my trip to India, Mehsi and her friends, as well as children from the other sites, featured in almost all my stories. Even now, my memories are still decorated with their mischievous smiles and their cheerful voices calling my name. At the beginning of the project, our main focus was to teach the children English but, by the end of the three weeks, we'd realised that what was most valuable to them was our friendship. I'm sure I'm not the only volunteer who feels lucky to have shared such an amazing experience with those cheeky little mites.