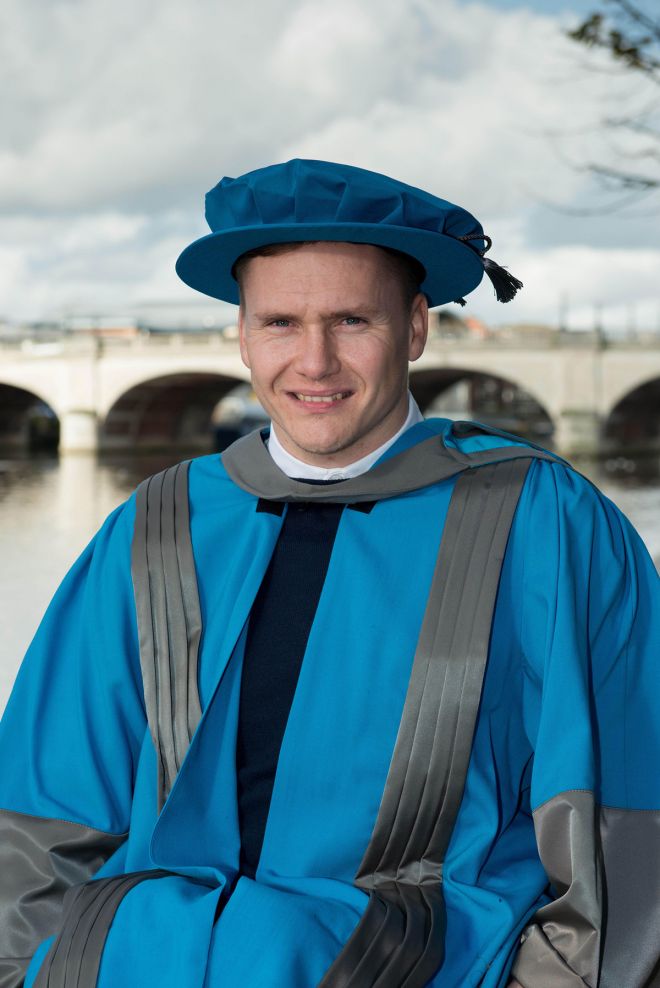 Paralympian David Weir was awarded his honorary degree at a graduation ceremony staged by Kingston University's Faculty of Science, Engineering and Computing.The biggest legacy of the London 2012 Games has been a change in attitudes towards disability that extends well beyond the boundaries of sport, leading British Paralympian David Weir says.

Speaking after being named an Honorary Doctor of Science by Kingston University, the 35-year-old wheelchair athlete said the phenomenal international attention the Paralympics had attracted had helped banish much of the misunderstanding that had surrounded disability. "The best thing London 2012 did was to stop people being scared of disability," the six-time gold-medallist, dubbed the Weir Wolf, explained. "That means people aren't ashamed to ask about it and people with disabilities don't have to feel embarrassed. We've grown up with it - it's part of our lives and we can talk about it. Children aren't afraid to ask things like ‘Why don't your legs work?'. They're not being rude, they're just being curious - and in terms of understanding and acceptance, that's no bad thing."

Born without the use of his legs because of a spinal cord transection, Weir grew up in a sports-mad family. "My brothers were boxers and I used to go and watch them in the gym and fighting at places like London's York Hall Bethnal Green," Weir explained. "I loved sports and played all I could. I think if I'd been able-bodied I would have followed them into the ring."

Instead, wheelchair racing became Weir's forte and has seen him smash four world records, collect a haul of medals and notch up six London Marathon victories. A clean sweep of four events, ranging from 800m track to the marathon, at the London 2012 Paralympics saw him add four gold medals to the two golds, one silver and a bronze he carried off in Beijing in 2008.

The unprecedented level of media coverage and public enthusiasm for the 2012 Paralympics propelled Weir to a level of fame and publicity he had never imagined. "There's definitely been a case of life before 2012 and life after it," he said. "Beijing 2008 was frustrating because my achievements didn't get anything close to the recognition I felt they deserved. Paralympians train just as hard as Olympians and we're just as dedicated but I'd become resigned to the fact we weren't seen in the same light." The London Games were 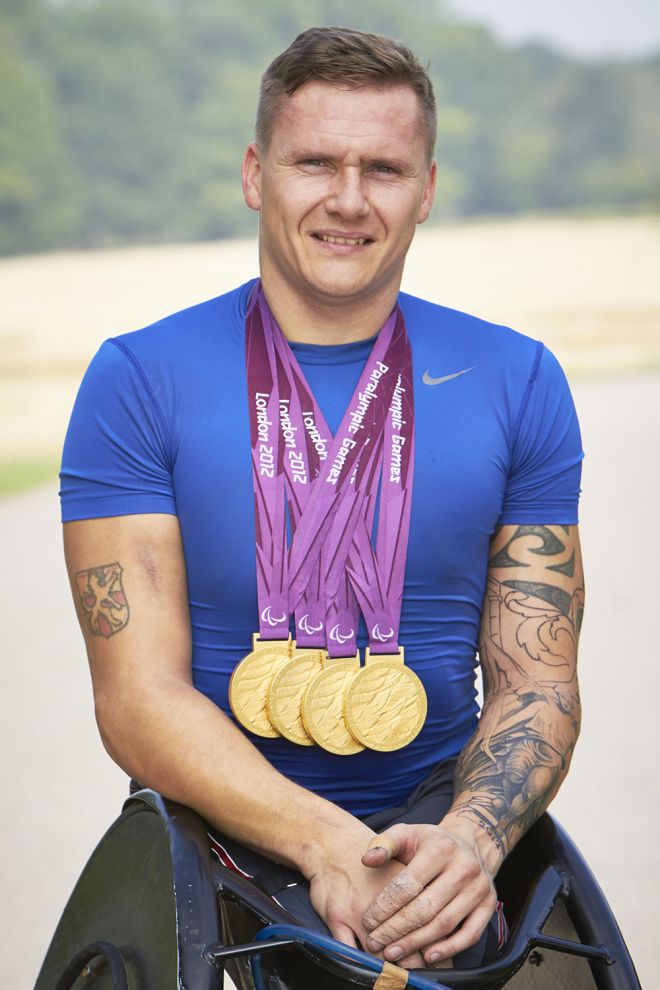 Wheelchair racer David Weir has experienced an unprecedented level of fame after being thrust into the spotlight winning four gold medals during the London 2012 Paralympics. Image: www.johnordphotography.comalways destined to be different though, Weir added. "From the outset, the chairman of the organising committee, Lord Coe, was determined the Paralympics would be on a par with the Olympics. I still had a few doubts, but when I went out for my first heat and saw 80,000 people cheering me on it was incredible - I had the biggest smile you've ever seen," he said.

The Paralympics have recently returned to the public consciousness as a result of the high-profile case of South Africa's Oscar Pistorius, currently serving a prison term after shooting his girlfriend, Reeva Steenkamp. It is unclear if the man known as Blade Runner will ever compete again but Weir said the movement would survive without him. "To the public Oscar may have been the best because he was the best known, but there were plenty of others who outperformed him both before and during London 2012," Weir said. "The Paralympics have never been about one man - it's an international movement with thousands of people taking part."

Since London 2012, Weir and coach Jenny Archer have set up the Weir Archer Academy to encourage future Paralympians. Kingston University's Roehampton Vale campus is close to Weir's regular training ground of Richmond Park and staff and students from the Faculty of Science, Engineering and Computing have been working with the Academy to help improve the technology of racing chairs and accessories used for the sport. The work being done on chair technology at the University is set to have a real impact on the lives of disabled athletes. "Once you're at an age where you've stopped growing it's not an issue. But, for youngsters who are changing shape, it can be extremely expensive as racing chairs can cost up to £3,000," Weir explained. "We're trying to make chairs that are easier to adapt to a growing child, which is another aspect of the 2012 legacy. We want to encourage youngsters to stay in the sport and this work is incredibly valuable in helping keep them engaged and involved."

Despite his association with the University, being named an Honorary Doctor of Science in a ceremony at Kingston's Rose Theatre this month had been completely unexpected, Weir said. "I don't think I was ever the greatest scientist at school so I should take this back to my teachers who would be very impressed," he quipped.

Interim Dean Dr Lucy Jones said the Faculty of Science, Engineering and Computing was proud to recognise such an accomplished athlete for his outstanding work as an ambassador for disabled sport. "We are truly honoured to be able to work with David Weir and the Weir Academy, not only on technical advances but also to nurture and support the next generation of athletes," she said. "We look forward to this relationship growing even stronger and hope it will be a source of inspiration for our students, graduates and staff." 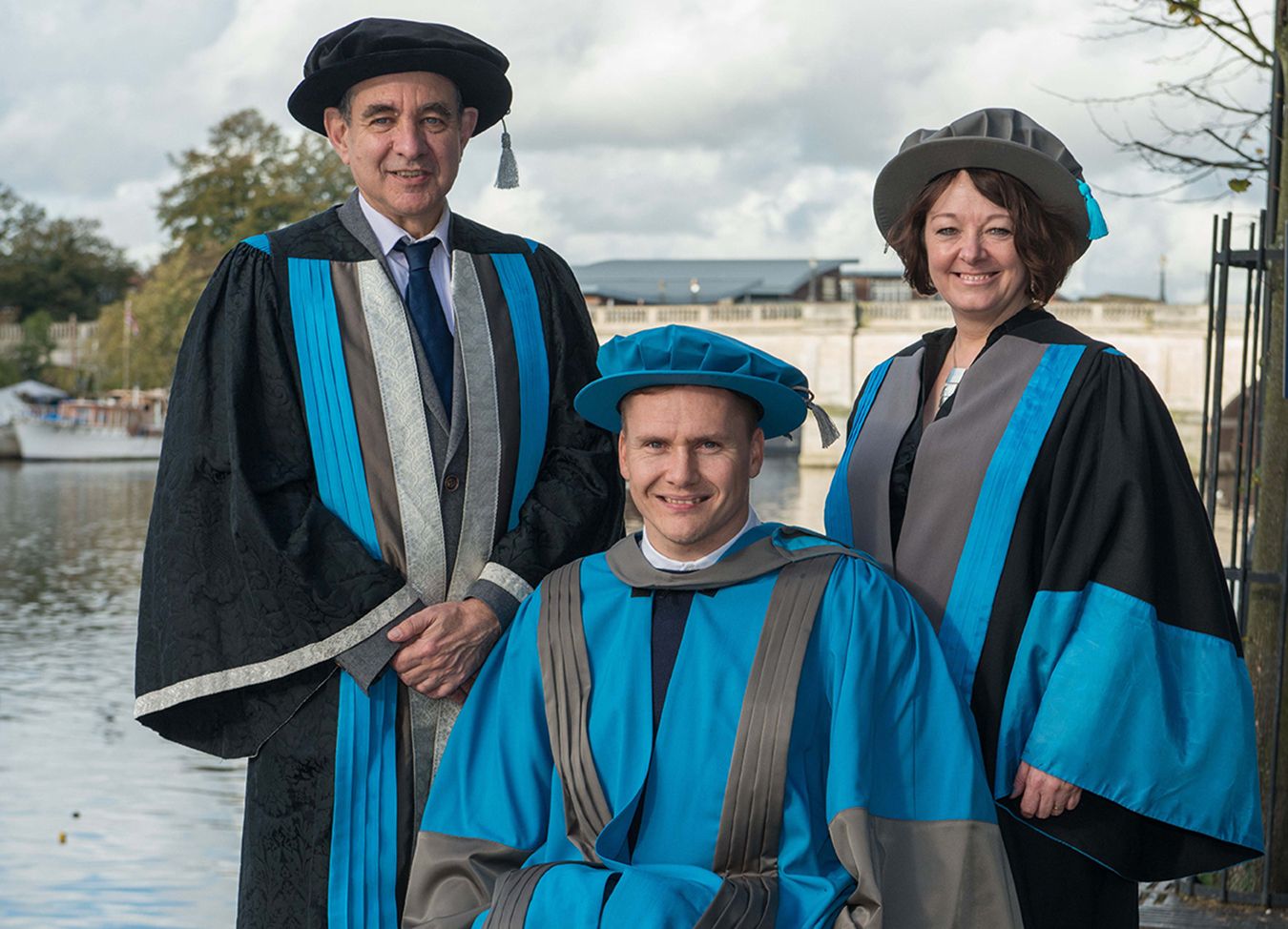