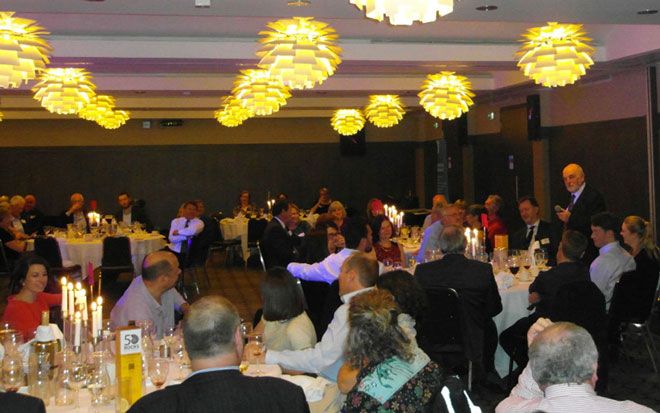 Nearly a hundred alumni and students from the School of Geology, Geography and the Environment returned to Kingston in November to take a walk down memory lane and catch up with old friends. The event, 50 Rocks, had an extra special feel this year as we marked 50 years of Emeritus Professor Dick Moody's association with Kingston.

Many alumni joined us in the afternoon for the Whitten-Kidd lectures which included Professor Ian Jarvis presenting his research on ‘Linking volcanism, climate change and petroleum source rocks'; alumnus Malcolm Brown – Senior Vice President Exploration BG Group plc on ‘The State of the Oil Industry'; and alumnus Stephen Cribb on ‘The Geology of Whisky'. 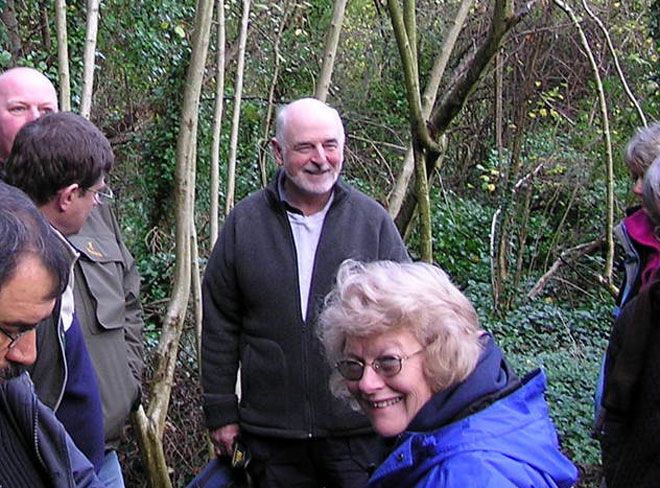 Following a couple of samples of whisky (all in the name of geological education, of course) current Geology students gave tours of the School of Geology, Geography and the Environment before the party really got underway at the Holiday Inn in Surbiton.

The evening event kicked off with a wine tasting with a geological twist. This was followed by dinner, entertaining speeches, toasts to alumni who have passed away, a poem from Stuart Harker and songs allowing alumni to honour the role Dick Moody has played in developing their careers.

It was super to welcome so many alumni back to Kingston from locations far and wide – trips were made especially from Canada and Australia, to get together with old friends. We're already looking forward to the next one...

Tonight we celebrate the 50th Anniversary for Dick.
But it's of the Moody man that I'll take the mick.
Now in his eighth decade, turtle man's carapace still intact,
Lovely Zoe by his side, look at the smile that he just cracked.

We believe it's from the valleys from whence Dick hails,
And you can lose a lot of hair from supporting Wales.
Rugby legend has it that he was the fastest hooker around,
Old Wandsworthians laughter, where front row fables abound

Dick's entrepreneurial ventures so varied in their scope,
From selling fibreglass dinosaur models, was there really any hope?
Moody enterprises, consulting and photo shops along the way,
Kingston's Bob Hoskins look-a-like never had feet of clay.

So what of the future for our estuary accented Welshman.
Will he retire gracefully? No chance, doesn't fit with his plan.
To enjoy good company and fine wines is more like the truth.
Raise your glasses, Happy Anniversary to one so long in the tooth.