A recent Kingston University graduate has received one of the most prestigious international awards in architectural education, beating submissions from 317 schools of architecture in 61 countries. Simon Dean, who graduated from the University's BA (Hons) Architecture course in 2014, was presented with The Royal Institute of British Architects (RIBA) Bronze Medal for the best degree-level design project, at the RIBA Presidents Medals award ceremony.

Simon's project, entitled Flow 1944, was chosen by a distinguished panel of judges. It was produced as part of Kingston University's School of Architecture and Landscape's examination of sites within UNESCO World Heritage contexts and proposes a design for a bathhouse carved into solidified lava that erupted from Mount Vesuvius in 1944.

Announcing Simon's award David Gloster, RIBA director of Education said: "The judges were impressed with the student's beautifully crafted images and models and how these delicately created a seductive landscape from which a new architecture may be born." 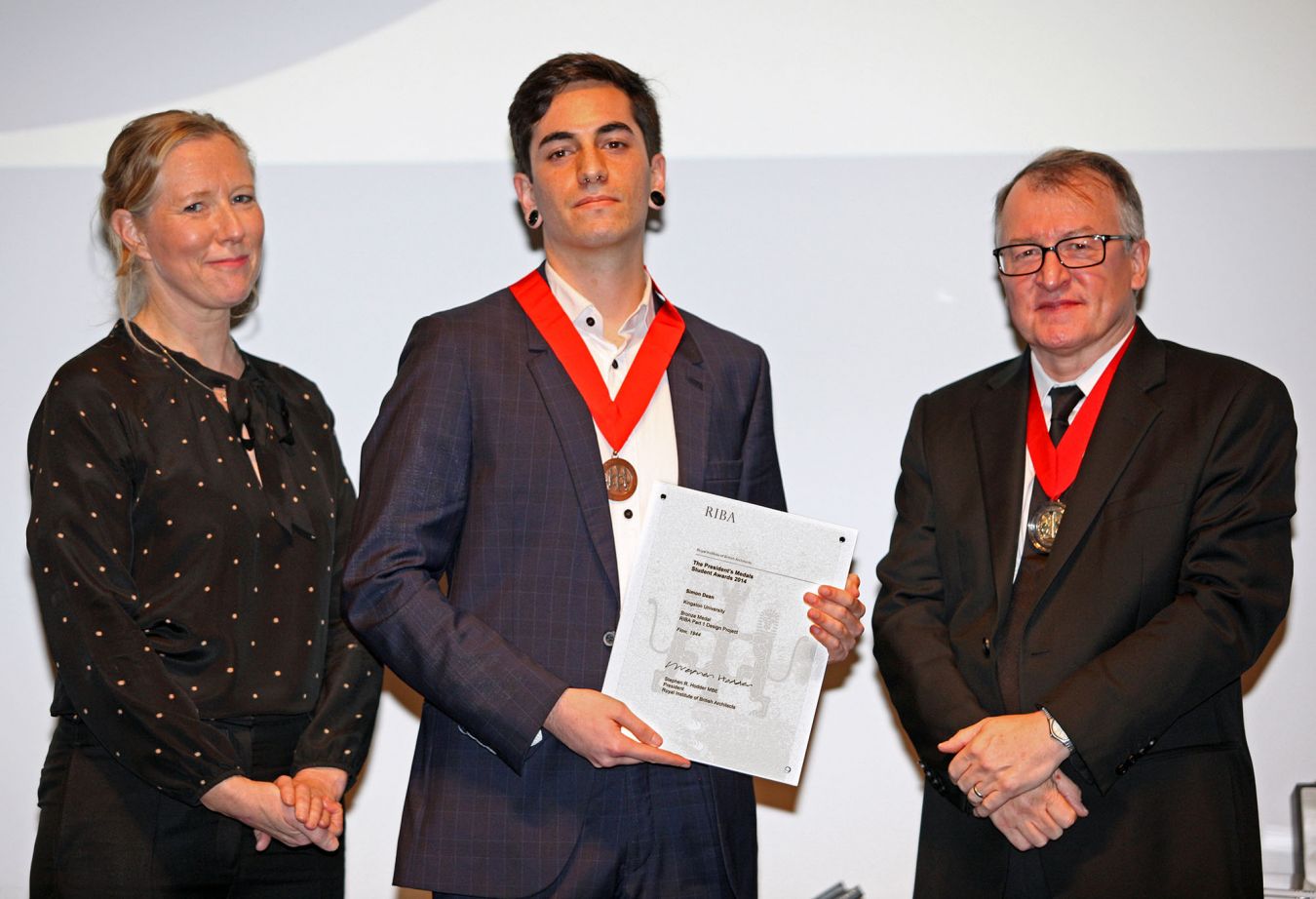 The RIBA President's Medals are considered the world's most prestigious and established awards in architectural education. The Bronze and Silver medals are of equal merit, being presented to students at different stages of their education. The Bronze medal recognises the design work of students at Part 1 - normally the first three of five years of the professional qualification in architecture. The Silver Medal goes to students at Part 2 - usually the last two years of the architecture qualification. A Dissertation Medal was introduced in 2001 to reward written work produced at either Part 1 or 2.

Simon's work will now form part of an exhibition of selected awards' entries at the RIBA headquarters in London for two months, before touring the UK and overseas. His success follows notable achievements for other past Kingston University students. In 2013, Minghui Ke and Shapur Keshvari received commendations in the Bronze Medal and Dissertation Medal categories respectively. The Royal Institute of British Architects is the oldest and most influential architectural institution in the world. It has over 43,000 members internationally, including 13,000 students.

• Find out more about the School of Architecture and Landscape at Kingston University.